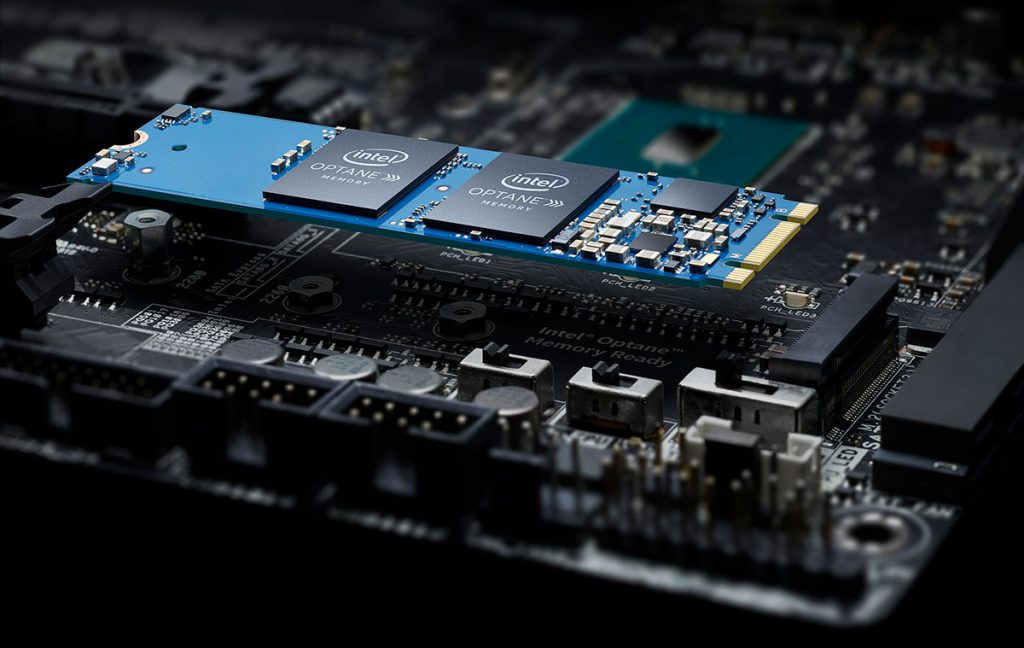 Cutting to the chase, comparing Intel Optane Memory to RAM is like comparing mangoes to oranges. Sure they are both succulent, and yes, they do have a similar hue when ripe, but that’s just about where the family resemblance ends. We need to first understand what Intel Optane is what it isn’t and how this difference from RAM dictates which is indeed faster. Let me Explain:

What is Intel Optane Memory?

We have covered what Intel Optane Memory is in an earlier segment, but a little recap doesn’t hurt. Intel Optane is a superfast memory based on 3D XPoint and Intel Rapid Storage Technology (Intel RST) developed by Intel and Micron.

If you have used Intel RST before, you should already have an inkling as to how Intel Optane works. Commonly used programs and most accessed data is cached and given priority allowing the processor to access them faster which in turn improves overall system performance. You will see faster boot times, faster program launch time, faster file saving e.t.c.

On the downside, Intel Optane is only compatible with 7th Generation Intel processors and newer with at least one M.2 expansion slot. What’s more, only Windows 10 64-bit operating system can take advantage of this technology. Hard luck Linux peeps. Intel Optane comes in variants of 16GB, 32GB and 64GB. It’s neither a replacement for RAM nor a storage drive.

First off, what you should understand is that Intel Optane uses non-volatile 3D XPoint memory alongside Intel’s Rapid Storage technology to give your PC that nitrous boost in performance. Non-volatile memory is computer jargon for ‘long-term memory’ which persists even after the PC has been powered off. Personal programs, pictures, videos and music constitute non-volatile data. In this regard, Intel Optane functions very much like an HDD or better yet, an SSD

On the flipside, RAM is a prime example of volatile memory. RAM operates as a computer’s ‘short-term memory’ temporarily storing active data and calculations performed by the processor. Once you power down your PC, RAM is automatically cleared until next session.

As you can see, Intel Optane and RAM serve very different complementary purposes. The best scenario we can give is calling RAM a playground whereas Intel Optane is the storeroom with the most used toys.

Perhaps a better comparison would be between SSD and Intel Optane Memory. Working as cache, Intel Optane Memory can jazz up HDD’s and bring them up to speed with SSDs. Intel Optane might even be faster than SSD considering the gains 3D XPoint has on 3D V-Nand memory. Let’s just not compare Intel Optane vs RAM because those two are clearly in different leagues.