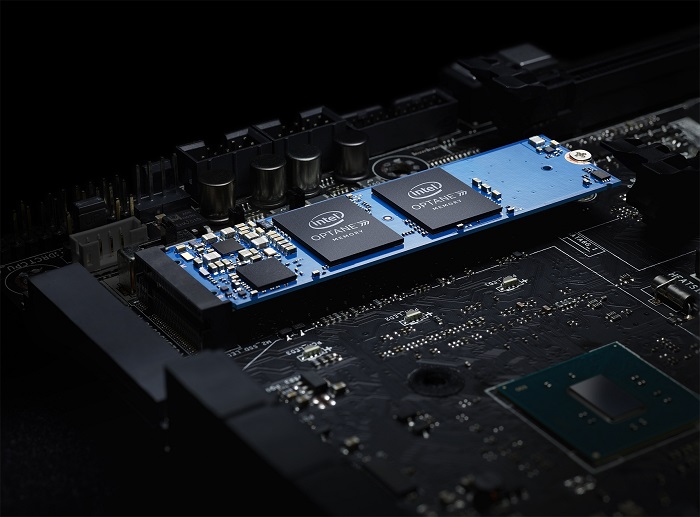 Intel is an old hand at the PC game, synonymous with the much-loved (and frankly quite endemic) processors (CPUs), graphics cards (GPUs) and what not. With such a clear market presence, it’s fertile ground to sow the seed of what they’ve christened Intel Optane Memory. Brings to mind memories of nitrous turbocharged rides in Fast & Furious, doesn’t it? Well, that’s the idea.

But no, it isn’t exactly what you may think it is. Intel Optane memory isn’t RAM in the traditional sense, although it does somewhat work like RAM. Here’s a clue: Optane is more closely related to Solid State Drives in looks and functionality. Here’s a primer to give you a better understanding of what Intel Optane Memory is and whether you need some of that Intel charm ASAP or not:

What is Intel Optane Memory?

Optane is a disruptive bleeding edge technology, the brainchild of Intel and Micron, based on 3D Xpoint. That’s the by-word for non-volatile memory cells designed in a three-dimensional mesh. Wait, what? That does sound somewhat familiar. Well, I am glad you noticed. Because, well, it is. Optane memory and its 3D Xpoint took a giant leaf out of Samsung’s 3D NAND technology that currently powers most SSDs to achieve incredibly low latency (in the region of 10 microseconds).

Before you get all worked up and excited over what may very well be possibly nothing, we would like to point out that Intel Optane Memory is basically a Cache Drive. Yes, you read that right. The memory cards come in 16GB and 32GB storage for the time being. The idea is that you pair it with a Hard Disk Drive to get insane transfer speeds and overall performance boost. The technology itself isn’t limited to cache drives, as we already have Intel Optane Solid State Drives already retailing in online stores. 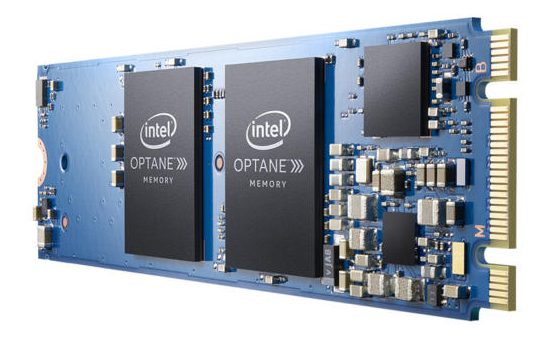 Matter of fact, even then, Optane currently only supports the M.2 expansion slot supporting the NVMe interface on your motherboard. That rules out a large swath of PCs lacking the M.2 form factor, old and new. Now that sucks! Also, keep in mind that Intel Optane Memory isn’t a replacement for your storage drive. Given its size, an operating system will be a tight fit, leaving little space for that caching magic.

Oh, did we also say that you need Windows OS (Windows 10 to be exact) to be able to enjoy Optane? I suppose we did. It doesn’t hurt to reiterate this point. Optane doesn’t yet play nice with MacOS and Linux although that might change in the future. But for now, it is what it is. Still want some of that?

If it’s storage you’re looking to save by pairing an Intel Optane with an HDD, you’re better off just biting the bullet and going for a full-fledged SSD. Better yet, you can go all out and get you the highly acclaimed Intel Optane SSD 900P 280 GB at $388. The figures are sky-high for bigger capacities and the price per gigabyte isn’t anything to write home about. But, oh well, you asked for it.

What they don’t tell you about Intel Optane is that it’s a tiny power hungry beast. For all the performance boost and what not, Optane in idle mode still consumes about 1 watt of power compared to about 0.05watts for an SSD. That would burn a hole in your laptop’s battery within no time. For this reason, Optane might perhaps work better with desktops until this issue is sorted.

The question on your mind should be – why bother with an Intel Optane when you can just get yourself an SSD. We share the same sentiments. In the words of Shakespeare, “What’s in a name that we call a rose, that by any other name would smell as sweet.” We concur. Intel Optane is a fancy name and 3D Xpoint is a cool technological improvement over 3D NAND. But we already have something similar. Hybrid Drives, hello! We actually already wrote a thing or two about them.

Intel Optane is obviously a big deal and future SSDs will appreciate a performance boost once the cat is out of the bag. For the moment, the price is deterrent enough given the capacity constraints. And even so, if you already have an SSD, you are good to go, until such a time when you ask for more. Optane is the future as 3D Nand was the future back then. Meanwhile, Samsung isn’t sleeping and they have already upgraded their 3D NAND to rival Optane. The future is looking up if you ask me.