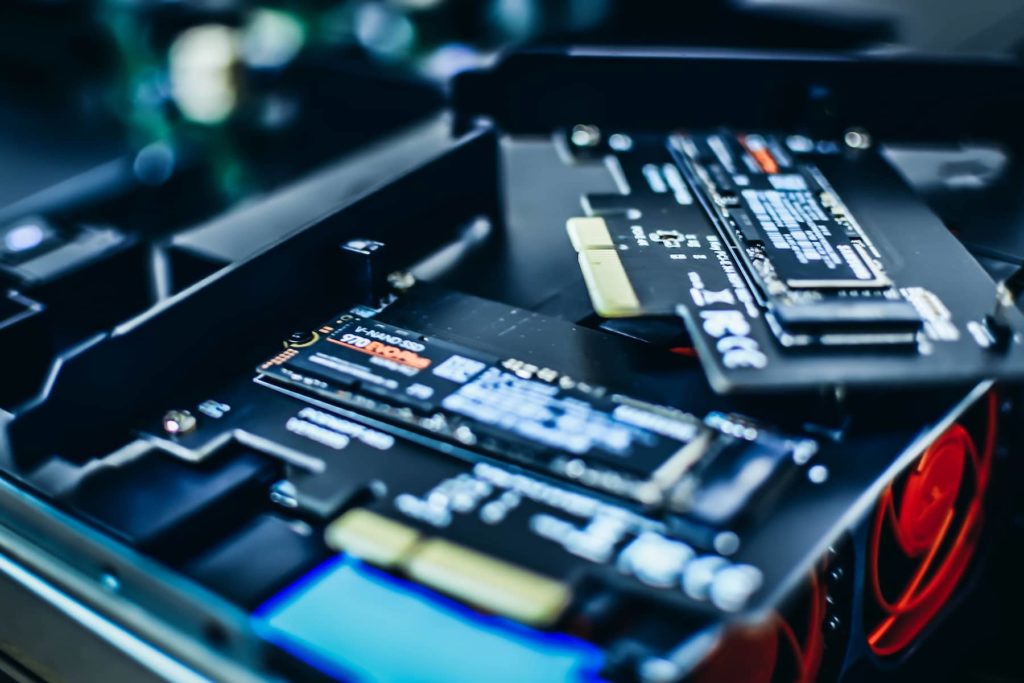 Over-provisioning serves to maintain tip-top performance and enhance endurance of your SSD for the long haul. We are going to touch on the inner working of SSDs and the benefits of Over-provisioning below without diving too deep.

The NAND flash memory used in SSDs has a finite number of erase cycles after which some sectors will start failing. An SSD controller mitigates this by spreading out the write operations to various sectors which in turn lengthens the SSD’s lifespan ergo over-provisioning. The inevitable does take years and years, though, before a consumer grade SSD gives up its ghost, so it’s not usually something to even worry about.

The number of times a sector can be written to and erased depends on what NAND flash memory type is in use and there are a few of these to choose from. One of these is SLC (Single Level Cell) NAND flash memory which is built using high-grade volatile flash storage and holds just 1 bit of data per cell. This reduces the risk of data loss unlike other memory types, but it’s also expensive and not often reserved for high level performance of industrial devices that require reliability and data integrity. It has a lifetime of between 50,000 to 100,000 write/erase cycles.

Next is MLC (Multi Level Cell) and TLC (Triple Level Cell) flash which hold 2 bits of data and 3 bits of data respectively. Of the two, MLC offers more write/erase cycles ranging between 1,000~10,000 compared to between 3,000~5,000 for TLC. As is the case with SLC, MLC is pricier than TLC for smaller capacities although it is indeed more durable. That said, TLC is actually the most popular NAND flash memory due to its affordability and capacity. When paired with 3D NAND, TLC offers an even better balance between performance, durability and cost.

A newer NAND flash memory making inroads is QLC (Quad Level Cell). QLC holds 4 bits of data per cell and offers more storage capacity at a lower price. This matches and perhaps rivals TLC write/erases at roughly 1,000. Durability is still a concern in the long run, although it’s still a viable SSD for home use.

Benefits of Over-provisioning in SSDs

Storage device manufacturers usually assign an additional percentage of the total capacity to over-provisioning for a reason. This storage is inaccessible by users but is instead utilized by the SSD controller’s firmware, unique manufacture features and used as a reserve to replace failing SSD sectors. Here is why;

One of the major benefits of over-provisioning is a process called wear-levelling. Think of it as walking in such a way that the sole of your shoe wears down evenly as opposed to a slant. Wear-levelling is achieved with over-provisioning by preventing repeated writes/erases of the same sectors of the SSD by swapping them out with free blocks. This technique prevents some sectors from becoming unreliable due to repeated writes/erases.

Secondly, over provisioning gives the SSD controller free unused space to temporarily store data during another process known as ‘garbage collection.’ Garbage collection is an automatically triggered process where the SSD erases storage space and makes it reusable. The way NAND flash memory works is that free space can only be created by erasing previously occupied data in a sector.

Due to their nature, SSD writes are generally performed more than once in a process called write amplification. The initial phase is when the data is being saved for the first time on the drive and subsequent writes are when Garbage Collection is taking place. A TRIM command enables the SSD to perform garbage collection and free up storage space occupied by invalid data. Over-provisioning provides the free space needed to temporarily move data while erasing blocks with invalid data. This process can multiply the space occupied by data, if only temporarily.

Over-provisioning subsequently increases SSD lifespan and maintains stable performance over time without slowing down due to the free space that is always available for garbage collection, wear levelling and write amplification. The higher the percentage of over-provisioning, the more robust the SSD performance will be.

SSDs used to have a bad rap for having a short lifespan compared to the trusty HDDs. In truth, SSDs do have technological advancements that ensure that they last for years and one of those is over-provisioning. Over-provisioning commandeers a section of your SDD that you won’t be able to access but in turn, it facilitates the performance tweaks and a longer lifespan of your SSD.