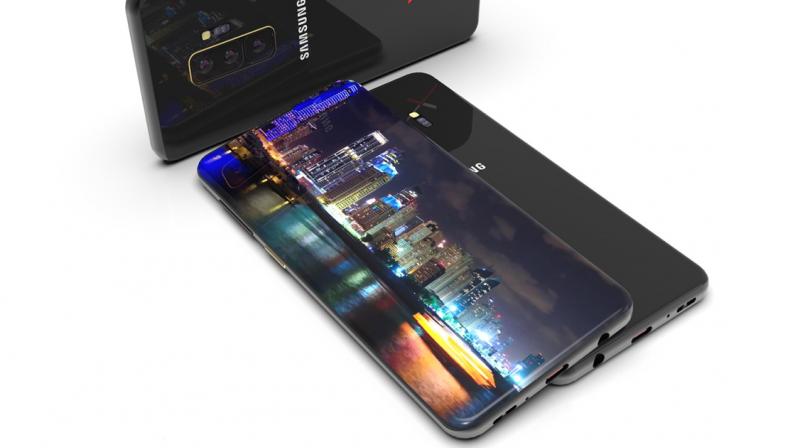 About a week ago, Samsung Display, the display manufacturing wing of Samsung Electronics invited 20 customers to the Shenzhen Marrriot Hotel in China where it held the 2018 Edition of its annual OLED Forum. At the event, Samsung Display announced some innovative display and screen solutions to expect from the company and on the company’s upcoming flagship smartphones.

The highlight of the event was the company’s announcement of new hardware that would revolutionize how we use our smartphones display and smartphone at large — Samsung plans to hide four new sensors beneath smartphone screens in 2019 and beyond. 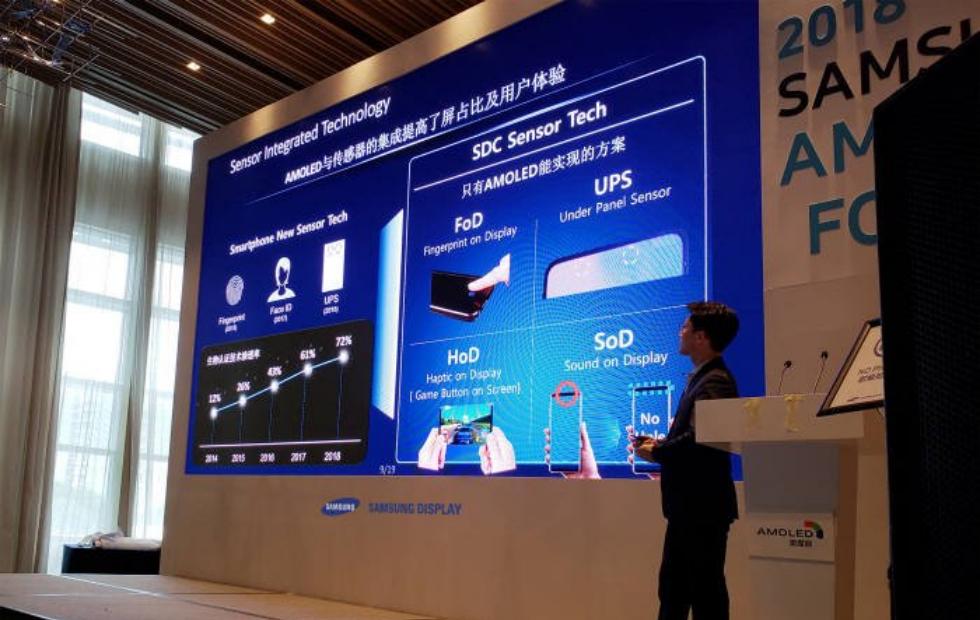 These four sensors include:

While we have witnessed tech 1, 2, and 3 on older smartphones from different OEMs, the biggest display technology announced at the OLED Forum was the Under Panel Sensor (UPS).

What’s the fuss about UPS?

We are presently in a technological age where smartphone manufacturers (and pretty much every gadget maker) are actively working towards slimming down the amount of bezels surrounding our phone displays. And while only few manufacturers have achieved near-true “bezel-less” status on their devices, the sizes of phone bezels have shrunk down tremendously.

Many OEMs have devised a number of intelligent aesthetical hacks around slimming down bezels: repositioning fingerprint sensors to the rear and underneath the display, introduction of different sizes and shapes of notch, using pop-up/slide-out selfie cameras etc. Point is: the front-facing camera is one of major obstacle facing the true bezel-less display reality. Interestingly, with Under Panel Sensor (UPS), display bezels and notches will become a thing of the past.

Under Panel Sensor UPS: All you need to know

Under Panel Sensor (UPS) is, at the moment, merely a concept by Samsung to hide all the sensors usually embedded at the tip of a smartphone display beneath the display. Surprisingly, the South Korean giant will likewise hide the front-facing camera beneath the display.

While it isn’t exactly clear how the UPS will work, there are rife speculations that with UPS, Samsung will successfully hide the selfie camera within a dashed circle at the top of the display. The region of the screen (where the camera is embedded) will become transparent when you want to use the camera.

If and when the UPS technology materializes, it will hand smartphone screens more real estate and most likely tip the market in the favour of Samsung —hugely, till other smartphones makers are able to replicate the technology on their devices— over rival brands using notches and pop-up sliders to combat the front-facing camera problem.

Per reports, there is no expected timeframe for the launch of the Under Panel Sensor (UPS) technology on any of Samsung upcoming flagship. However, it is believed that the Fingerprint on Display (FOD) technology will debut on at least one of the OEM’s flagships launching next year.

Regarding the UPS, the tech is, of course, still in its early development stages and it might take a while (say Q4 2019, predictably) before it is ready to be used on a smartphone.