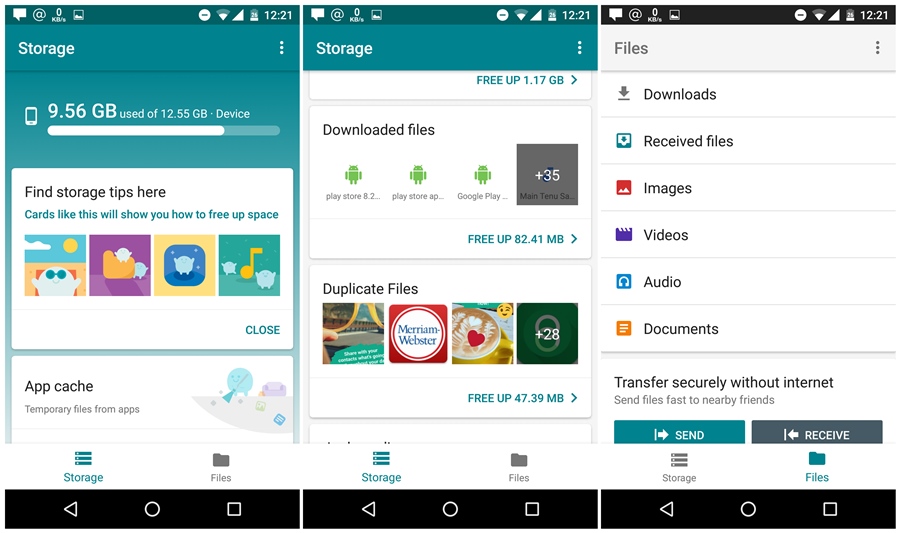 Google has been on a mission lately. The company has been updating its first-party apps to the “Google Material Theme”, its own in-house design language. Most recently, we saw Google Keep, now Keep Notes get the treatment and now, Files Go is getting the same, and receiving a new name in the process. The beta version of the app has both the stereotypical, mostly-white design, and it now just goes by the name of “Files.”

At the beginning of the year, Files Go got its beta channel that allowed early adopters to opt-in on potentially less stable builds of the app, but get an early look at the new features being baked in before the general public. So far the changes to both look and name have  reached these beta users. The app also just hit the 50,000,000 download milestone today, so it’s pretty popular.

Before and after the update.

Other than the new paint-job, nothing seems to have changed in terms of functionality. The cleaning function and the advanced file browsing features have remained the same. Safe to say it is the same apps we have known since it was launched. The icon and shortened name now sit front and center on the default view, many of the fonts have been replaced with Google/Product Sans, and backgrounds are now mostly white.

Before and after for the sidebar menu and “Browse” sections.

Read More: How to use Files Go App to share files on Android

In line with the general Google Material Theme design language, iconography has been updated to the new outlined style. The order of entries has also been reshuffled in a few places within the app, for example in Browse and Settings. Elsewhere, like the dialog for clearing “Junk files,” differences are even more minor.

By and large, this is the same Files Go with a new name and a new paint-job. These changes are currently available on the beta version of the app and should be coming to the general public in due course. Those who want to opt in to the testing program can click here to do so. You can also download this latest beta (v1.0.217251024) from the good folks over at APK Mirror.