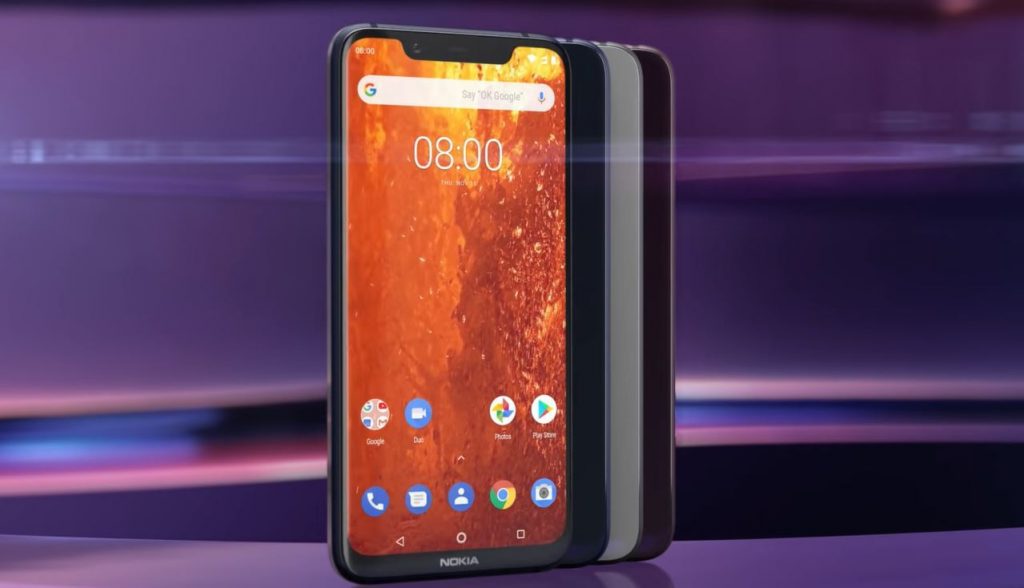 The Nokia 7 Plus that was launched early this year turned out to be one of the best performing mid-range smartphones of 2018. And now it has a successor, the Nokia 8.1 also known in some regions as the Nokia X7. The device that is set for wider availability as from 14th January is a general upgrade from the predecessor in many aspects while still maintaining the predecessor’s price-tag at launch.

The rest of the internals are exactly what we have come to expect from the given price-point. That is 4GB of RAM coupled with 64GB of onboard storage, that is expandable by an SD-Card up to 400GB. Powering this beauty is a 3500mAh battery and thankfully, it supports fast-charging.

We have seen the general death of the 3.5mm headphone jack, especially in 2018, and devices coming with this port are quickly becoming the minority. Thankfully, the Nokia 8.1 still spots one of these.

The Nokia 8.1 runs Android Pie out-of-the-box. Thanks to the Android One program, the 8.1 spots a stock build of Android. The Android One badge that this device carries also comes with the promise of regular and timely security updates straight from Google. The Nokia 8.1 will also enjoy timely updates to the next two versions of Android.

The Nokia 8.1 is machined out of series 6000 aluminum and should be as durable as the Nokia 7 Plus. However, it doesn’t come with any, it doesn’t offer any protection from the elements, and as such you’re better off not using the Nokia 8.1 near a water body.

The Nokia 8.1 will be available in three colour combinations, Blue/Silver, Steel/Copper, Iron/Steel, starting mid-December and will retail for an average global retail price of 399 €, exclusive of taxes and subsidies.