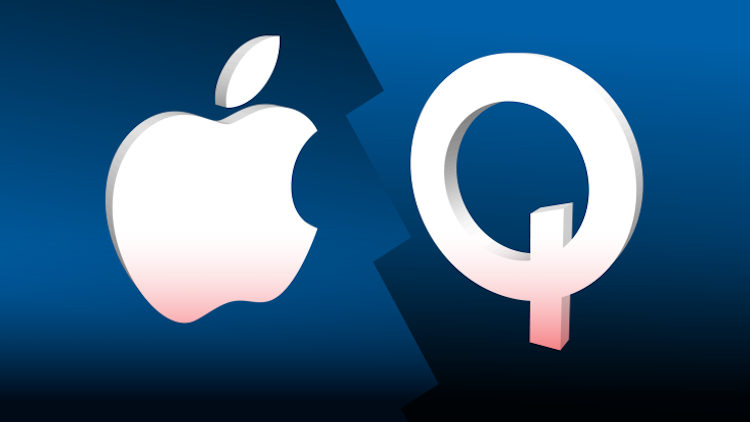 But how did it get here? What is really going on? That is a hard question. It is kinda like trying to understand the conflict in Yemen but here is the gist of it all. I apologize in advance, I am about to simplify this whole thing down to a fault so I’m going to leave out many bits of the story.

So, in the past, Apple often used Qualcomm chips in iPhone models. But recently the companies haven’t been getting along. Early last year, Apple sued Qualcomm in the United States and in China, accusing the company of extortion and anticompetitive conduct in its negotiations over patent licensing.

As relations with Qualcomm cooled, Apple began working with other chipmakers instead, including Intel. In September, Qualcomm sued Apple, claiming that Apple shared proprietary details with Intel about Qualcomm’s modem chips.

Meanwhile, Qualcomm is facing off in court Friday against the US Federal Trade Commission, which has accused Qualcomm of abusive licensing of mobile chip patents. If the US government prevails in the case, that would strengthen Apple’s hands in negotiations with Qualcomm.

For a more detailed account of the whole legal battle, this post by Digital Trends does a good job in explaining the intricacies involved.