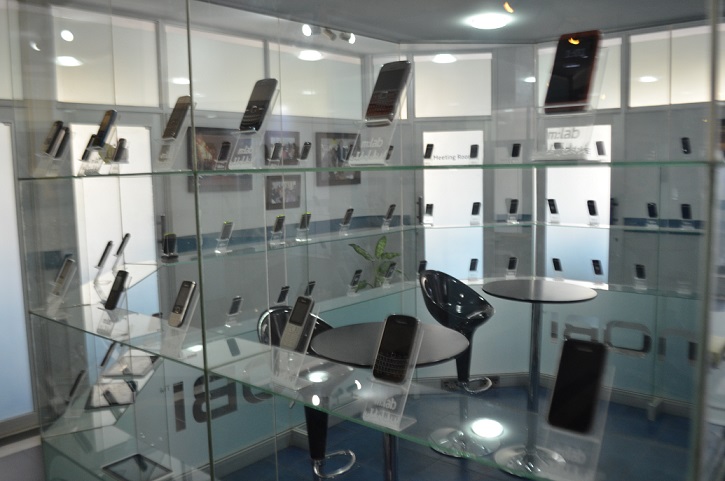 Mobile application developers can now access devices to test their applications at the m:lab for free. This is occasioned by the signing of a year long partnership agreement between Qualcomm and m:lab East Africa. Free access to mobile devices for testing is expected to benefit individual application developers at the m:lab’s testing facility housed in Bishop Magua Center – Nairobi. m:lab East Africa’s testing facility is one of a kind in Africa. As of June 30th 2013 the facility hosted over one hundred and thirty mobile devices on these platforms : Bada, Android, iOS, Blackberry,Symbian, Windows and Windows Phone 8. Since the opening of the testing facility late 2011,various institutions have generously contributed to the device inventory. These include Samsung, Nokia and BlackBerry. Other contributors include the sales force foundation, HTC, Intel and Microsoft. The partnership between Qualcomm and the m:lab follows a convergence of objectives that Qualcomm and the m:lab have to foster growth of the regional mobile ecosystem.

For the duration of the Qualcomm partnership, developers need only to reserve testing time in blocks of 90 minutes by sending a reservation email to testing(at)mlab.co.ke. The reservation email will include specifics of the desired time slot, platforms or devices desired for testing and their institutional affiliation which could be a university, a company, or a tech community. If locally developed applications are to attract regional and global uptake where target customers own mobile devices with diverse configurations, application testing must be a priority for developers. According to John Kieti who is Lead at m:lab East Africa, “The partnership with Qualcomm not only presents the m:lab with an opportunity to make access to testing devices affordable. It also assists developers to embrace a culture of pursuing quality assurance for the applications they develop”. Under the partnership, Qualcomm and the m:lab will also organise meetups and workshops with mobile applications developers to understand developer challenges and how they can be solved for a more progressive and vibrant mobile ecosystem. Both parties will under the partnership organise forums to disseminate information on key concepts and technologies that Qualcomm has developed to empower developers in taking advantage of wireless technologies such as 3G and 4G networks.

Qualcomm is a company that manufactures wireless chipsets, license technology and provides communication services around the world. Its ideas and inventions have driven the evolution of wireless communications, connecting people more closely to information, entertainment and each other. More information about Qualcomm may be found here – http://www.qualcomm.com/