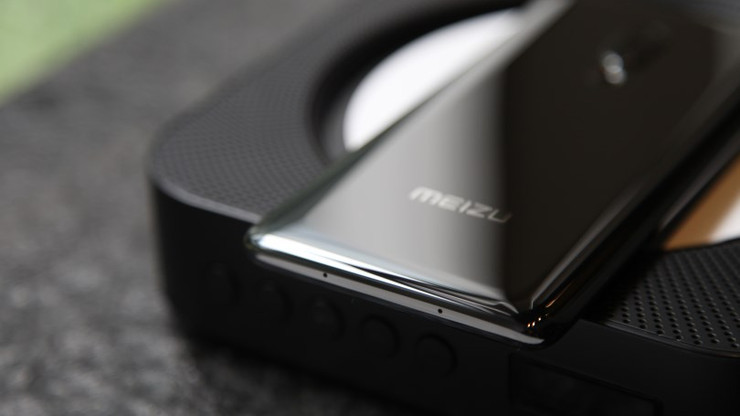 In the past few years, we have seen phones shedding more and more ports, all in the name of saving up precious internal space or progressiveness. First casualty was the 3.5mm headphone jack first killed by Apple, then we say the general demise of the Home button, first killed by Samsung’s Galaxy S8, in favour of soft-keys. The new Meizu Zero is the first to take that trend to its natural endpoint: it has no ports, buttons, or holes that mar the exterior of the device.

The seamless slab of ceramic is only ruined by a slightly protruding camera bump at the back. Otherwise, this futuristic device has no buttons, no speakers holes, no SIM card slot, [and] no charging port.

Meizu touts this new device as the world’s first holeless phone. The device doesn’t really do anything all too differently, it just takes the features other phones come with as “extras” and makes them the only option. Meizu Zero spots a 5.99-inch AMOLED display that doesn’t quite go edge to edge like the iPhone XS or even the Oppo Find X, it’s got a more ‘Galaxy-S9’-chin and top bezels instead of the ominous notch.

It features an under-glass fingerprint sensor as well as Meizu’s “ 2.0” technology that allows it to function as a speaker. Charging is achieved completely wirelessly and the company promises 18W through its own “Super Wireless” technology, which would far surpass the 7.5W spec Apple uses and the 9W speeds offered by Samsung.

Being this holeless, it comes with no surprice that the Meizu Zero is IP68 rated for water resistance. The internals are what we expect from any 2018 flagship. That is a Snapdragon 845. It will be most interesting to see how the mobile world reacts to this peculiar phone. With Apple in particular happy to cut as many ports as possible on its devices, could it eventually end up following Meizu’s example?