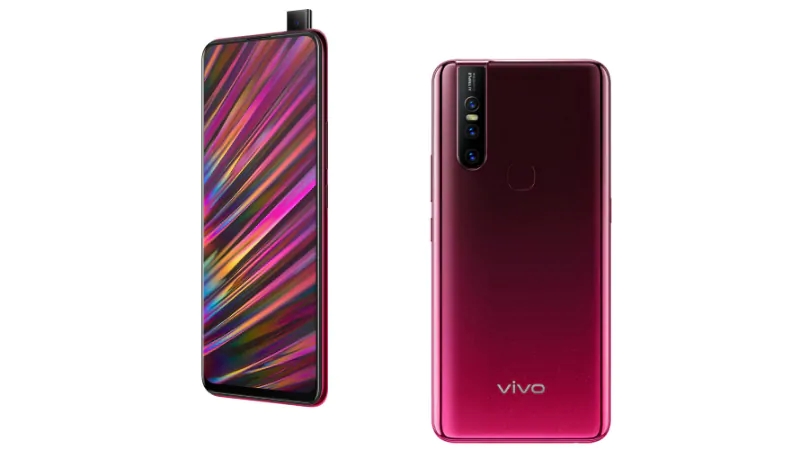 Smartphones with a pop-up selfie camera are not that common and they have a relatively small market that is often accustomed by high pricing. This is where the Vivo V15 comes in, it was released as a cheaper variant of the Vivo V15 Pro. With the price reduction comes a downgrade in features just as it is with smartphones, although a few specs still remain the same. However, a few things are out of place here such as the presence of a MicroUSB port and Bluetooth 4.2 is just out of date for a phone at this price. Anyway, check out the rest of the features below.

You’ve got a lot of screen space which is kind of the essence of the pop-up camera in the first place, to create a maximal screen space up front. The Vivo V15 takes advantage of that, spanning 6.53-inch in size and reaching almost the top of the smartphone with thicker bezel at the bottom. The back has the trendy gradient design with three cameras vertically aligned close to the edge and fingerprint towards the center. The display has a resolution of 1080 x 2340 pixels with decent brightness level and viewing angle even in the sun. Keeping your screen up is a 4, 000mAh battery with fast charge to get it back up in no time.

Despite retaining the camera trio at the back from the Vivo V15 Pro, the sensors are a bit inferior but will still take some nice pictures. At the back, you will be snapping with a 24MP camera, 8MP ultra wide camera and a 5MP depth sensor. On the top of the smartphone to the right, is where the motorized selfie camera pop-out from and it contains a 32MP sensor.

Unlike the Vivo V15 Pro, the smartphone has a MediaTek P70 tending to things instead of the Snapdragon chipset in the ‘Pro’ model. Also, there is 6GB memory space on the phone which is enough for your multitasking and smooth navigation around the smartphone. As for the storage, you can choose from either 64GB or 128GB with expansion support up to 256GB. Ideally, you will have the Android 9.0 Pie in form of Vivo’s proprietary Funtouch OS.

The smartphone will go for about $392 and sales will not commence from April 1 beginning in the India.