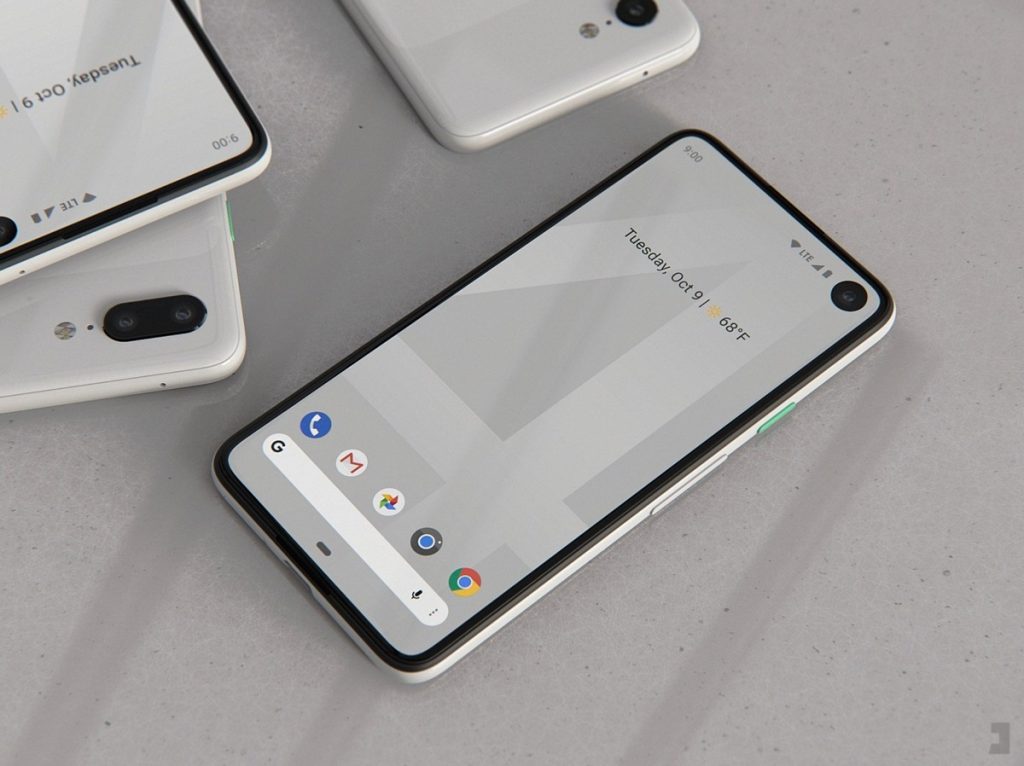 The Pixel 3 and Pixel 3 XL are barely five (5) month old and Google has commenced works on its next line of smartphone flagship sequels — the Pixel 4 and Pixel 4 XL. With a predicted October/November release date, these are the things we know about the upcoming Google Pixel 4 flagship.

If you have followed the Pixel line of smartphone closely in the past, you’d notice that Google almost always adopted similar designs for its Pixel flagships. On the Pixel 3 XL however, Google tried some new things and jumped on some industry trends: a notched display, dual front-facing camera, dual front-facing speakers.

On 4 and Pixel 4 XL, expect to see some new introductions. Although unofficial, some renders and patents have surfaced from trusted and product designers. These images point towards a Pixel 4 with a glossy ceramic rear covering and next to no bezels and no notch on the front. What the flagship would come with, instead, is a circular display cutout which houses the front-facing camera.

The Pixel 4 XL, on the other hand, would be the only device out of the flagship duo that would retain the dual camera setup upfront. The renders show that Google would imitate Samsung’s Infinity Display Cut-out design (as implemented on the new Galaxy S10 lineup) on its upcoming flagships — and it looks stunning. Don’t you agree?

Interestingly, despite the significantly reduced bezel, the patent evidently shows that Google would also be retaining its signature dual front-facing speakers as used on previous flagships. This time, the speakers would be relatively thinner and would be fitted along the frame of the devices.

Moving to the rear, Google, for the first time ever, might be fitting dual cameras on the back of a Pixel smartphone. This is unlike Google, though. Despite the rise of smartphones with triple rear camera, quad-camera devices, and -camera phones, the Pixel maker has always used a single sensor on the rear of all its flagships, relying on software processing, AI, and machine learning to produce top-notch images. A second camera on the rear could, perhaps, be used for AR functions or anything not directly related to photography I guess.

To add, looking carefully at the renders, you’d noticed the unusual absence of a physical fingerprint sensor on the rear of both the Pixel 4 and Pixel 4 XL. Rumour has it the Google’s next flagships will have their fingerprint sensors embedded under their displays. It is, however, unclear if the fingerprint sensor will be affixed to a particular spot on the display or, like the Vivo Apex 2019, Google would opt for a full-screen In-Display fingerprint. Likewise, the choice of the in-display sensor to be used is unknown: Optical or Ultrasonic sensor?

There’s still no 3.5mm headphone jack and it also looks like the Google would be sticking with the USB-C port. Wireless charging support is also expected. Presently, there’s no information as regards the number of variants the flagships would be launching in but we expect it to be available in the same as the Pixel 3 and Pixel 3 XL.

It is expected that the Pixel 4 would use Qualcomm’s latest 5G-enabled Snapdragon 855 system-on-chip and will be powered by the upcoming Android Q (Android 10) operating system. Per storage, it is expected that Google will beef up the base RAM of the Pixel 4 and Pixel 4 XL to 6GB. The base internal storage, on the other hand, 128GB.

In addition, we do not expect to see the micro-SD card slot make a return on the Pixel 4 or Pixel 4 XL. A Pixel with huge battery capacity (say 3,500mAh) is, however, expected.

Google is expected to hold a “Made by Google” event sometime in November later this year. It is rumored that the Pixel 4 flagships would be unveiled at the event — since that’s about the same time Google releases its flagship devices. Price-wise, the Google Pixel 4 and Pixel 4 XL are expected to launch with a manufacturer’s suggested retail price (MSRP) of $799-$850 and $899-$950 respectively.

We’d be updating this article and creating new Google Pixel 4 posts as new information surfaces. What are you most excited about the upcoming Pixel flagships?