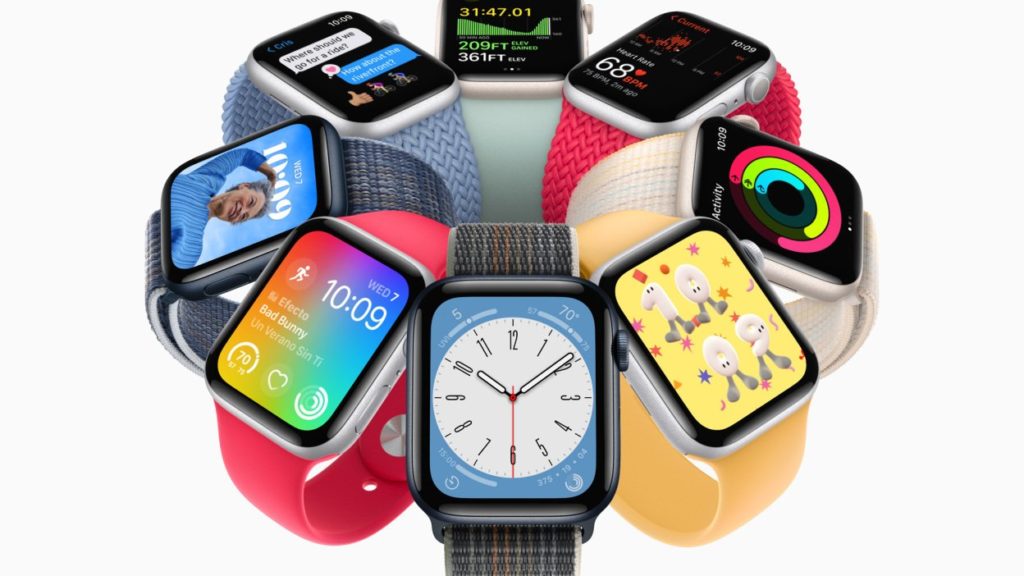 The recently announced Apple Watch Series 8 is an impressive piece of equipment. It manages to pack in a truck load of new features and capabilities, all in a package that retains the same form factor as the previous generation, thus staying true to the lineage.

Also announced in the Apple Fall event was the Apple Watch SE 2022. This watch is cheaper than the Series 8 which begs the question, where did Apple cut corners to deliver this product at this lower price?

Below is a side-by-side specs comparison of the specifications for the two watches.

The Apple Watch SE 2022 is an Apple Watch at its core with many of the features we have come to know and love about these products. The watch is water resistant for upto 50 meters. It supports continous heart rate monitoring and notification with multiple sports workouts.

The watch also supports crash detection as it carries the same accelerometer that we saw with the Series 8 and can also place emergency calls to the authorities or to your loved ones in case of an accident. The same also applies when the watch detects you’ve taken a hard fall.

Apple Watch SE 2022 also supports sleep tracking, supports Apple Pay and much more. For all that this watch supports, what doesn’t it have? What makes it cheaper than the Apple Watch Series 8?

Well, like its predecessor, the new Apple Watch SE will not get all of Apple’s health sensors. There’s no support for EKG, blood oxygen, or temperature readings on this one. This means that the Watch SE lacks the fancy advanced cycle tracking that we see with the Watch Series 8.

Other than that, this watch still gets all the internal upgrades over its older sibling, bringing it up-to speed with the Series 8.