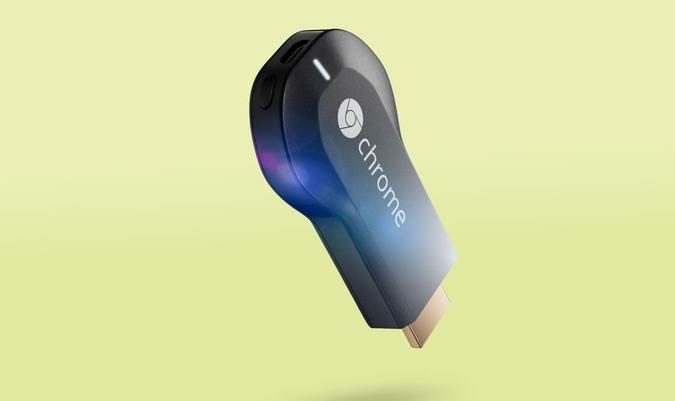 Do you remember the  mysterious, spherical, Android-powered computer for home entertainment and software designed by Google from the ground up that plugged into the best speakers and TVs out there using optical outputs but was eventually discontinued?

Well, its back in another form as the Chromecast!

The Chromecast which was announced today at Dogpatch Studios,  San Francisco,  is  two-inch-long dongle that looks more like a USB flash drive, that plugs into the HDMI port on your TV.  It’s not really like a Roku or an Apple TV, and it has no graphical interface or remote control.

Instead, you find the content on your phone or tablet and beam it to the Chromecast, just like beaming something from a phone to an Apple TV via AirPlay. The device then, just like the Q, play digital audio and video content from Google Play or YouTube on your HDTV.  Since the device itself doesn’t have an interface or remote , it can be controlled by smartphones and tablets running the Android operating system. All you’ll have to do is tap the newly introduced “cast” button on the Netflix and Google’s YouTube app on Android and other operating systems, which allows them to serve as a remote control for the TV.

Unlike the failed Q which cost  $299, the Chromecast will cost only $35. Whether or not the Chromecast will suffer the same fate as its predecessor is yet to determined, but its historically clear that the search engine certainly hasn’t had enough luck in the entertainment hardware industry just yet!