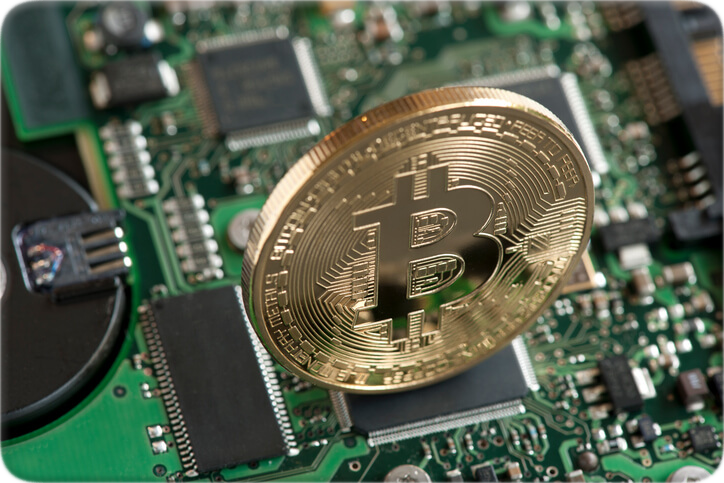 Remember Bitcoins? Yeah, you do. At the end of 2017, 1 Bitcoin was valued at over 2 Million Kenyan Shillings, before plummeting in the following few months. Crypto mining is a process in which transactions for various forms of cryptocurrency, including Bitcoin, are verified and added to the blockchain digital ledger.

What happens during Crypto-mining?

Every time a cryptocurrency transaction is made, a miner is needed to ensure the genuineness of information and for updating the blockchain with the details of the transaction.

The process of mining involves competing with other crypto miners to solve complicated math problems with cryptographic hash functions that are associated with a block containing the transaction data.

The miner that first cracks the code is rewarded by being able to authorize the transaction, and in return for the service provided, crypto miners earn small amounts of cryptocurrency of their own, kinda like transaction charges.

Mining bitcoins directly makes very little sense with a regular computer. In order to be competitive with other crypto miners, a cryptocurrency miner needs a computer with specialized hardware.

How does it hurt your PC?

Cryptocurrency mining is an intensive process, and you’ll be running your rig at high load for long periods of time. As such, things like power draw become crucial, not just the outright power of your GPU.

Running your rig at full power for extended periods; Yes, you will most certainly overheat your computer. Causing irreversible damage to your hardware.

There is no point in mining bitcoin with your home computer. To mine bitcoin, you need an ASIC machine. ASIC stands for Application Specific Integrated Circuit, which means that this machine only does one thing very well, that one thing, in this case, being mining bitcoin.

Little Benefits if you’re not using an ASIC

The difficulty of bitcoin mining has increased because of the stronger, heftier ASIC machines. Your CPU or GPU will be running on 100%, 24/7. Personal computers, laptops are not meant to run like that. This makes this endeavor a waste of time, electricity and money.

How to properly mine crypto-currency

Bitcoin mining remains a lucrative industry. At the current bitcoin price of about $5,470 per bitcoin, miners compete for over $7 million in new bitcoins a day. The more processing power a mining operation controls, the higher its chances of winning a chunk of those millions.

People have come up with ingenious ways of doing this. One of the world’s largest bitcoin mines is located in the SanShangLiang industrial park on the outskirts of the city of Ordos, in Inner Mongolia, an autonomous region that’s part of China.

Without such a scale of infrastructure, it is hard to justify any venture into crypto mining.

You can, however, mine a number of different crypto coins that you can then sell for bitcoin on an exchange. Currently, there are a few different types of coins you can mine/sell.

GPU mined coins like XMR, Ethereum, Pascal and Ethereum classic. To really make any money you need some pretty serious GPU’s and 3–5 of them. I’m talking $400+ worth of GPU’s

Hard Drive Mined Coins like Storj, Burst, and Sia. These coins are awarded for using your hard drive as rented space on the cloud. My best estimate before power use would be 3–5 cents per terabyte per day rented out.

I would caution you though to not expect anymore than a few hundred shillings a day unless you have a really serious computer.