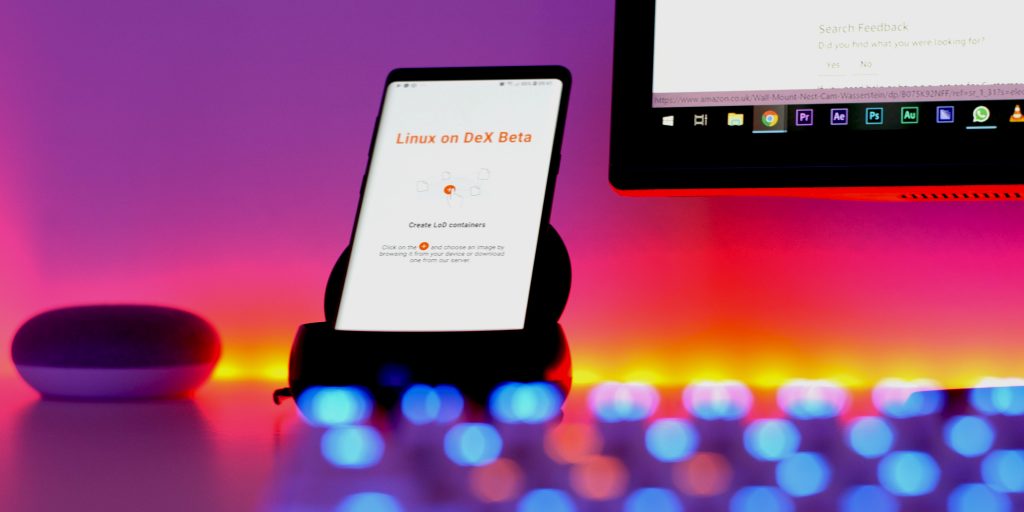 Samsung’s take on the whole convergence idea, Samsung DeX (a contraction of “Desktop eXperience”) has come a long way. First seen with the launch of the Galaxy S8 way back in 2017, users had to use a docking station from Samsung. Subsequent designs were a little more elegant.

Today, you get a Samsung DeX Pad and use your smartphone screen as a touchpad and virtual keyboard, or just use your own keyboard and mouse. For the next iteration of DeX, rumors suggest it may work wirelessly.

Running desktop software on a smartphone led to a bunch of new possibilities. Linux on DeX is one such program. It allows users to run full Linux desktop from the same DeX contraption. At first,  it only worked on the Galaxy Note 9 and Tab S4, but with today’s update, both Galaxy S9 and S10 families are now supported (along with, for some reason, the mid-range Tab S5e).

To get started, you only need the same hardware needed to run Samsung DeX; a DeX compatible device, a supported monitor, optional mouse and keyboard and that’s it. You will also need to sign up for the beta program on the Play Store.

Galaxy S9 users however have to update to the latest Android Pie to be able to use this DeX.