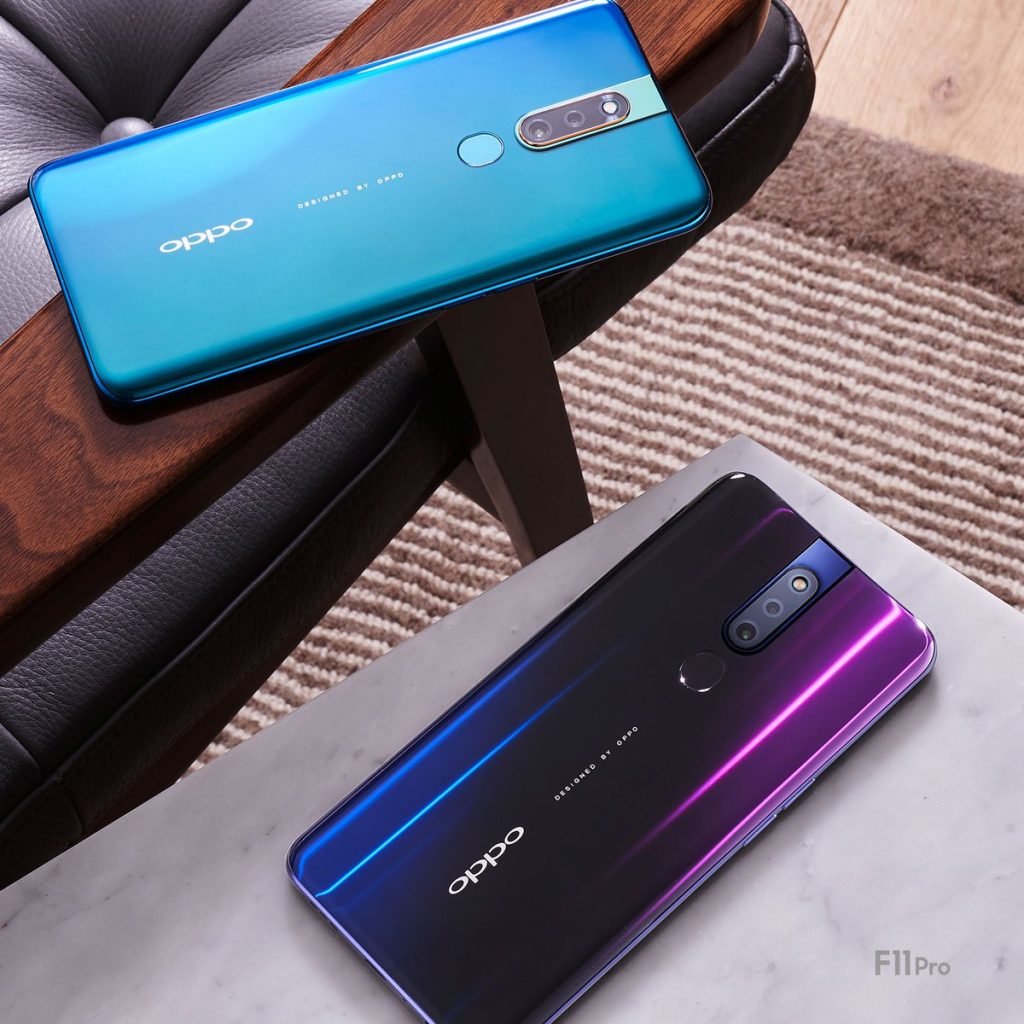 Oppo officially launched its Oppo F11 Pro smartphone today at an event held at Oriental Hotel in Lagos. This marks the first time the Chinese company will be launching a smartphone in Nigeria arriving at the heels of the launch of Xiaomi’s Redmi budget smartphones. The selling point of this smartphone is its camera and not just because the selfie cam pops up from the top. Rather, it is due to the camera prowess that Oppo’s F-series is known for and the Oppo F11 Pro being the latest model of this series, takes it to another level. Also, Oppo introduced it Marvel Avengers Limited Edition to commemorate the release of the Avengers Endgame blockbuster sequel.

Lately, it seems the Nigerian market is gathering momentum in terms of attracting smartphone brands, giving Transsion holdings the major player in the country a run for their money. This comes just after the Infinix Zero 6 flagship was just released and falls just above the price bracket of the smartphone. The smartphone looks to attract people who are particular about the photo-centric capabilities of their smartphone.

Both smartphones have a plastic body with a glossy finish giving it a glass-like appearance due to its reflective nature. The ordinary version is available in Thunder Black and Aurora Green both having a triple colour gradient finish. However, the Avengers Edition is available only in blue with a big Avengers logo covering the upper midsection all the way to the bottom. Moreso, it will also come with a Captain America themed protective case carrying the shield at the center.

There is a large 6.53-inch display on the two smartphones almost covering the entirety of the surface (90.90%) which is in part due to the absence of the front camera at the top bezel. The LCD screen has a 1080 x 2340 pixel resolution with LTPS technology and is oriented in a 19.5:9 aspect ratio making it easier to operate in one hand despite the large size.

Read More: Infinix Zero 6 Specs, Price And Where To Buy In Nigeria

The Oppo F11 Pro has a similar rear setup to the Xiaomi Redmi Note 7 as regards the pixel count of the dual camera. The duo at the back is a 48MP camera and a 5MP depth sensor promised to deliver stunning pictures in the day and at night. The motorized pop-up camera has a 16MP sensor which is said to be both durable and longlasting. The smartphone is capable of recognizing 23 different scenes and objects to improve each shot you take. In general, you’ll be making use of Oppo’s ColorOS 6 based off Android 9.

It has a sufficient 4, 000mAh battery making sure your smartphone doesn’t go off at least not till the end of the day or even the next day if usage is light. Furthermore, you’ll be enjoying VOOC 3.0 20W fast charging to top up your battery quickly. In segue, there is a MediaTek Helio P60 processor on board with 6GB RAM and a 64GB storage space.

The smartphone will available for pre-order on May 1st at partnered stores both online and offline accompanied by a 2-year warranty. You can get the Oppo F11 Pro for ₦139, 000 while the Avengers version goes for ₦149, 000.