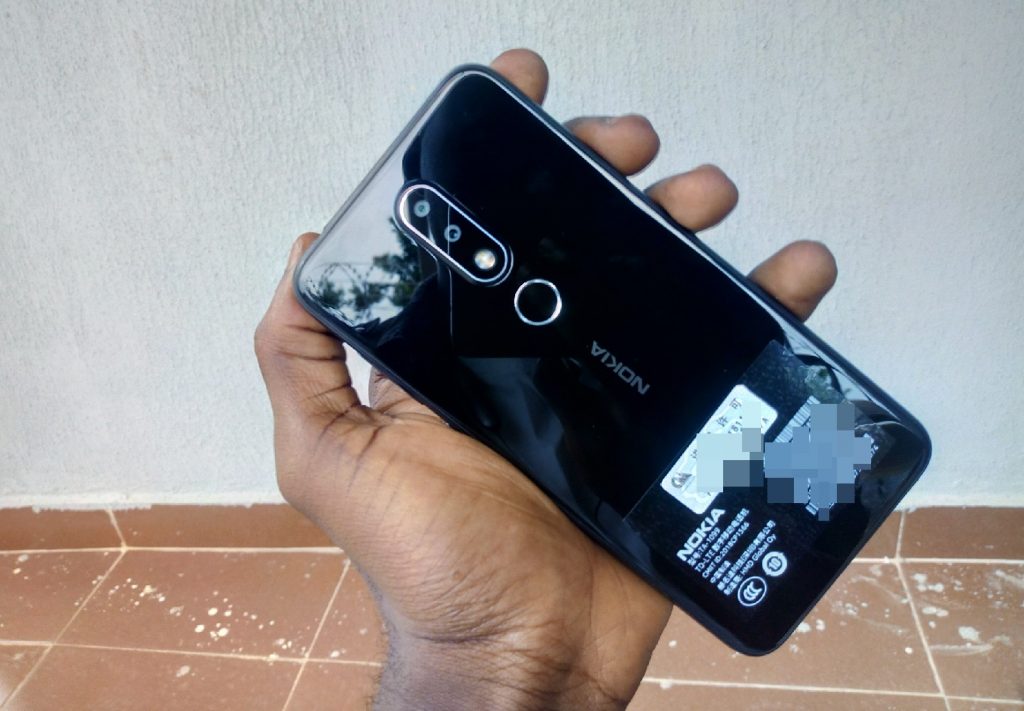 We got our hands on one of the best smartphones made by HMD Global in Q3 2018. This deice is not just any other Nokia-branded device, it is a “special one”. Asides from being one of the best Android One smartphones you can buy in 2019, the Nokia X6 (also called the Nokia 6.1 Plus) is the first-ever device from the company to come with a display notch.

We unboxed the Nokia X6 and this is what we think about the device.

NOTE: A full in-depth review of the device will be published at a later date; very soon. In the review, we’ll dive deep into the hardware and software of the device, subject it to a couple of tests and give a verdict: is it worth your money or not. Stay tuned.

First off, I really loved the packaging of the device. The Nokia X6 comes in a small rectangular box that weighed next to nothing; almost felt like there was no phone in the box when I picked it up to unbox. The design of the box is also minimalistic. The picture of the device takes about 60% of the box’s design while the blue background, NOKIA logo and two individuals holding hands –an abstract representation of Nokia’s famous tagline: Connecting people– take up the remaining space on the box.

Opening the box reveals the device and a box containing accessories. Remove the Nokia X6 from the box and you’ll find the SIM card ejector, a clear TPU case, and the phone’s instruction manual. The rectangular box next to the phone, on the other hand, contained the charging brick and a USB-C cable.

By the way, the major specifications and features of the device were clearly inscribed at the back of the box. That’s pretty much everything in the box:

The device doesn’t come with earphones or any audio accessory. Now, let’s talk about the device.

Taking the wrap off the device left me in awe. The Nokia X6 comes with glossy and reflective Corning Gorilla glass 3 covering both on the front and on the rear. This unit we’re reviewing is the Black color variant but the Nokia X6 is also available in Blue and White colors. The glossy front and rear really add some aesthetic points to the device but on the downside, it is a fingerprint magnet. Fingerprint smears on the device “dull out” the beauty of the device’s glossy body. Using a protective case, on the other hand, prevents fingerprint smears but covers the beauty of the device glossiness.

Did I mention that the device is ultra slim and lightweight? At 8mm thickness level and 151 grams, the Nokia X6 feels comfortable in the hands. It is compct and you can use it for hours without wanting to drop it.

There is a notched 5.8-inch IPS LCD display with Full HD+ (2280 x 1080 pixels) resolution on the front of the device. The display is in 19:9 aspect ratio and the side bezels are reasonably slim. The bottom bezel is a bit chunky as it carries a NOKIA logo but the notch is lovely. It’s not as wide as the conventional type of notches and it doesn’t take too much space in the notification area.

The notch houses the front-facing selfie camera, earpiece, and proximity sensor. The SIM card and SD card tray is on the left-hand side of Nokia X6 while the volume adjustment key, as well as the power/lock button, are on the right-hand side. At the bottom, a USB-C port and the device’s loudspeaker grill are embedded. While the USB-C port doubles as an earphone jack (I’m yet to test this; I will do that in the full review), you can also use the traditional headphone jack at the top of the Nokia 6.1 Plus for audio.

The entire booting process on the Nokia X6 is a pretty fast one. The device is also easy to set up. Power on the device using the power button and follow the prompt. Set up your SIM card and other system settings. As part of the set-up process, you’ll be prompted to download the latest system update.

The Nokia 6.1 Plus comes pre-installed with the Android Oreo v8.1 out-of-the-box but it can be updated to the Android 9 Pie operating system. Also, since the device is an Android One device, it’d be among the early smartphone to receive the Android Q update when the final version of the OS is available. Updating the Nokia X6 from Oreo to Pie took about 20 minutes. This may vary though as download and installation duration greatly depends on internet speed.

There’s a variant of the Nokia X6 with 4GB RAM but this review unit comes with 6GB of RAM. Operations are smooth and fluid, apps are launched instantly as soon as you touch them, multitasking is great too. The Snapdragon 636 processor also has a part to play in the smooth running of the device.

We’ll subject the Nokia X6 to heavy apps and games in the full review and give a detailed report on its performance.

This is another area of the Nokia X6 I was impressed with. The device comes with a dual 16MP and 5MP camera setup on the rear and a single 16MP on the front. Both cameras come with impressive features like Live Bokeh/Portrait mode, Professional mode, Slow motion, Panorama and more.

Both the front and rear cameras also take decent pictures outdoors, indoors, and in conditions of low light. The Bokeh effect is also decent enough, but not as advanced as you’d find in premium flagships like the iPhone X, Pixel 3, Galaxy S10, etc. Check out some sample images from the Nokia X6 camera.

FUN FACT: The Nokia X6 is compatible with Google camera app (aka GCAM). This means you can install the camera that powers the Pixel flagships on the Nokia X6 and get to use Google’s native image processing software to get the best out of the camera. I’ve tested it out on the device and it’s amazing!😃 I’ll attach images in the full review.

The Nokia X6 has a built-in Lithium-Ion battery with 3,060mAh capacity. The device also charges fast enough as it supports 18W Quick Charge 3.0. I’ll use the device extensively for a day or two to examine the battery performance.

Being an Android One device, the Nokia X6 is a mid-range smartphone that you can buy at a budget. The 4GB RAM/32GB ROM variant of the Nokia X6 costs about $150 while the 6GB RAM variant with 64GB storage sells for about $180.

You can purchase the Nokia X6/Nokia 6.1 Plus on Jumia Uganda, Jumia Nigeria, Jumia Kenya or any smartphone retail store near you.