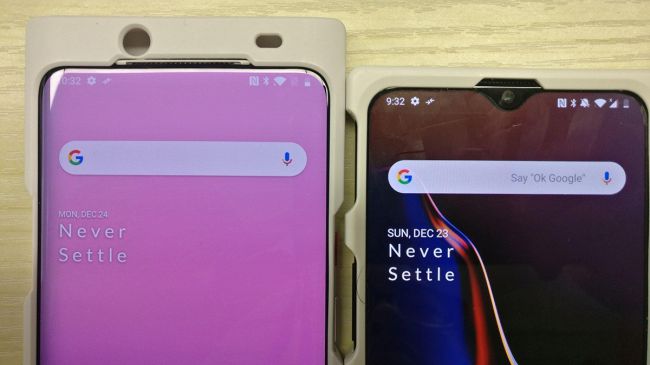 The OnePlus 6T released late last year was the first device spotting a fingerprint sensor under the display to go on sale in Europe and the US. Overall, the device was a solid, spotting best-in-class specifications, a very respectable camera and build quality, all at a price that is less than half of that of similarly spec’d device, a strategy we’ve come to know OnePlus for.

As we slowly move into the first smartphone season of the year around Mobile World Congress, and with the number of leaks floating around of the upcoming Galaxy S10, Huawei’s foldable phone and many more, an unlikely contender is also hitting the headlines; OnePlus 7.

Sticking to the OnePlus sauce, we expect to see the newest chip by Qualcomm powering this device. In 2019, that will be the Snapdragon 855 that was just recently announced. This is expected to offer a massive performance boost on the Snapdragon 845.

The OnePlus 6T McLaren Edition is one of the few available devices that spot 10GB of RAM. Admittedly, this is complete overkill and very few users will ever harness that much power. As such, the OnePlus 7 is expected to stick to the rather massive 8GB of RAM that the base model OnePlus 6T comes with.

OnePlus has stuck to 1080p displays while other flagships moved onto 2k and 4k panels. This has played in OnePlus’ favor is the Full HD panels are a little easier on the battery life but they can only stall for so long. Battery tech has improved so much over the past few years and 2k-display phones are getting decent battery life. Could this be the year that OnePlus finally moves away from their FHD displays?

2019 could be the year we move away from the notch as a solution to top bezels. OnePlus has been first on many trends and maybe 2019 is the year they finally do away with their already small teardrop notch in favor of under-display-front facing camera? Is that even a thing? Probably not. But with the upcoming S10’s hole punch display, we should see OnePlus do something different from the now ubiquitous notched display.