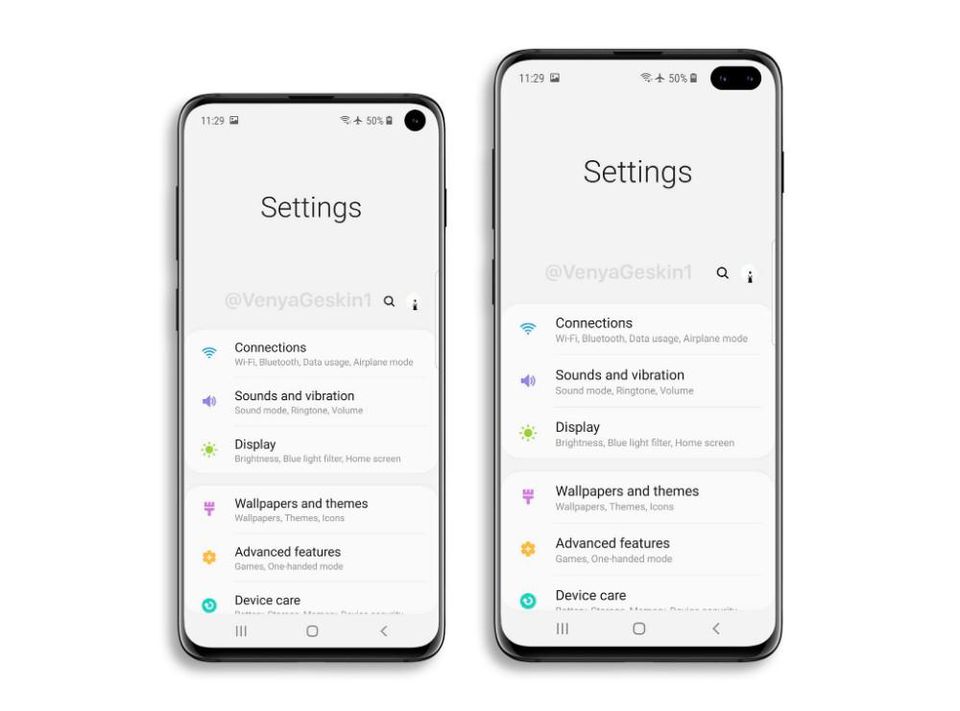 Samsung Mobile is gearing up to release the 10th edition of flagship device from its Galaxy-S series, the Samsung Galaxy S10. The device has been the subject of various leaks, render etc. for so many months — almost right after the Galaxy S9 and S9 Plus were released. Thankfully, there are solid and reliable information regarding when the device will launch and a couple of features to expect on the upcoming Galaxy-S flagship.

When will Samsung release the Galaxy S10?

The South Korean tech giant has confirmed that Samsung Galaxy S10 will be officially unveiled at a Samsung Galaxy Unpacked event in San Francisco and London on Wednesday, February 20, 2019. Samsung has sent invites to media houses and selected audiences. We do not have access to the said invite but according to T3.com, the invite reads:

“Samsung Electronics will unveil new devices that promise to usher in new Galaxy experiences based on 10 years of innovations. The exciting reveal will take place at a Samsung Galaxy UNPACKED event in London at 7pm GMT.” 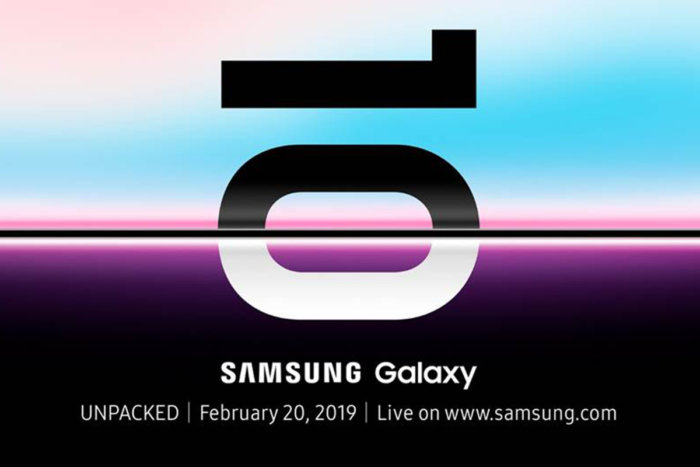 This news is in contrast with earlier reports that suggested that the 10th anniversary Galaxy S flagship would be released on February 24 in Barcelona during the upcoming Mobile World Congress (MWC) event, just As the Galaxy S9 was officially launched at last year’s edition of the MWC. Perhaps Samsung decided to push up the release date so it could focus on promoting other devices at the MWC 2019.

When the launch day eventually comes, the event will be live-streamed on Samsung’s official website; Samsung’s bringing San Francisco to your screen.

Galaxy S10: What to expect

Frankly, from all indications, the Galaxy S10 is shaping up to be one of the biggest smartphone that will be released from Samsung. It is expected that the Samsung Galaxy S10 will use the latest and best chipset, the best cameras, the best display, etc. While we will get to see what the OEM will be offering on its next flagship, here are some of the things to expect from the device;

It is believed that Samsung will announce three variants of the Galaxy S10 at the February 20 event:

The first two variants (as listed above) will reportedly have displays with curved edges while the third variant (Galaxy S10 Lite) will launch with flat edges. In addition, while all three variants of the soon-to-be-launched flagship will have a 19:9 aspect ration, the Galaxy S10 will reportedly have a 6.1-inch display while the Galaxy S10 Plus and S10 Lite will have displays sized at 6.4-inch and 5.8-inch respectively. 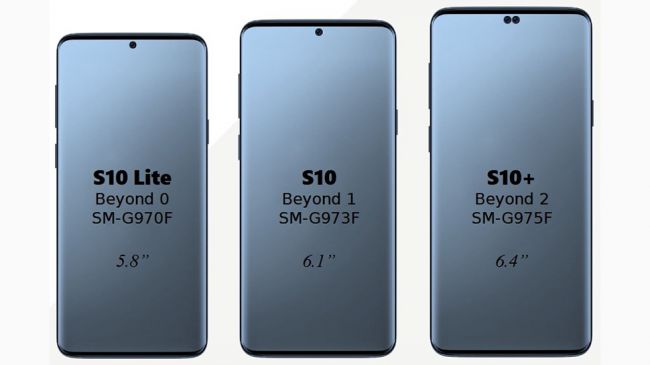 Compared to the standard Galaxy S10, the Galaxy S10 Lite will be a much less powerful and cheaper model with watered-down features while the S10 Plus will come with a bigger screen, better camera, bigger battery capacity and of course, will be the most expensive of the Galaxy S10 trio slated for the February release.

When we listed some of the best 5G-ready smartphones to expect in 2019, we mentioned the Samsung Galaxy S10. It is, however, worth stating that only one model of the Galaxy S10 will be 5G-enabled. We can’t say for sure which one it’s going to be but it most likely would be the S10 Plus.

In a bid to totally eliminate display notches and provide a better full-view experience, Samsung had earlier announced how it plans to use the Infinity-U, -O, and -V to replicate the concept of the notch on its upcoming flagships. We have seen, first-hand, what the punch hole Infinity-O concept looks like on the newly released Galaxy A8s. We, however, also expect the punch hole display cutout on all the Galaxy S10 models.

Concept: Expected design of the Galaxy S10 (left) and Galaxy S10 Plus (right)

While a lot of Chinese OEMs like Vivo, Oppo, and Huawei have jumped on the in-display fingerprint trend, Samsung stuck to rear-facing physical fingerprint sensors. Samsung, however, looks set to adopt and implement the tech on the Galaxy S10.

Samsung will purportedly use Qualcomm’s new 3D Sonic sensor which, so far, have been projected to be a better (faster & more accurate) alternative to the optical sensor that rival companies have used for in-display fingerprint scanning on their flagships. As an icing on the cake, the entire Galaxy S10’s display will be able to recognize prints as suggested by reports that Samsung had acquired patents to bring such tech to its flagship phones.

At least one variant of the Samsung Galaxy S10 is expected to be powered by Qualcomm’s newest Snapdragon 855 system-on-chip. This SoC is a powerful chipset which will be responsible for powering the in-display fingerprint and up to six cameras in total.

Per battery, the Samsung Galaxy S10 models would come with improved battery life compared to the Galaxy S9.  Going by information obtained from Forbes, the standard Galaxy S10 will have a 3,500mAh battery while the top-tier Galaxy S10 Plus will be powered by a 4,000mAh battery.

How much will the Samsung Galaxy S10 cost?

Asides being the 10th-anniversary devices of the Galaxy-S series, the Galaxy S10 models will be the biggest device ever made by Samsung as they are laced with industry’s latest innovations. So expect to pay top money for them. 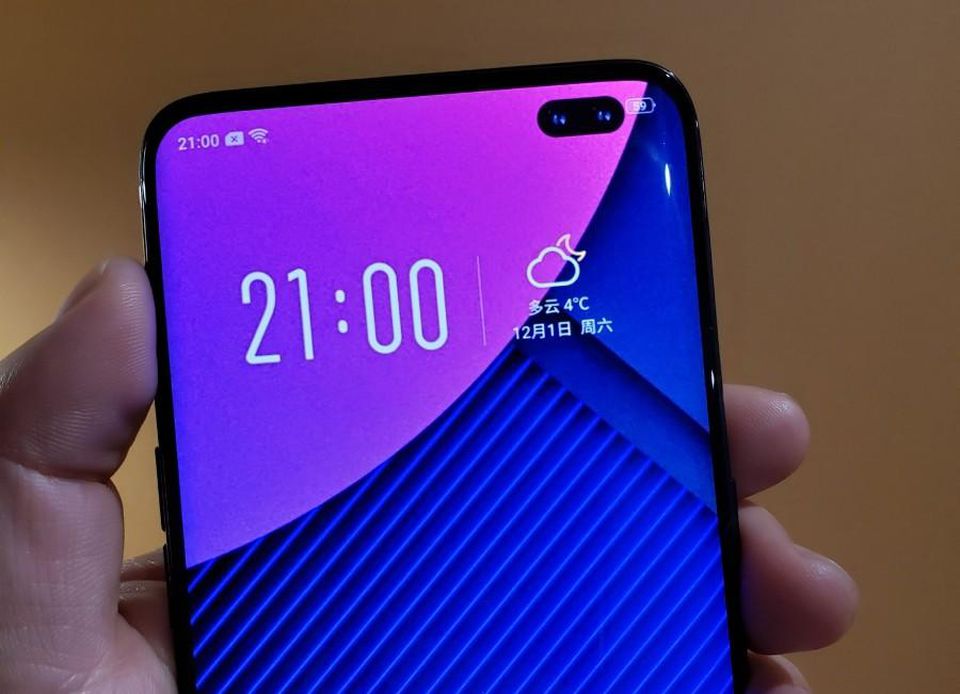