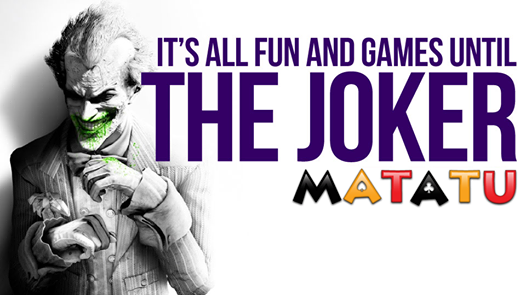 Mancala is one of the oldest games in the world, dating more than a thousand years. In fact, there are over 200 versions of this game in Africa although  with slightly different rules. Some of you may know this game as Oware, Bao, Omweso, Ayo, Enkenshu or Aweet.

From medieval times,  African games were predominantly board-based, however, their popularity  was derided during the colonial era, they were treated as barbaric and archaic. The waning popularity of these games was further worsened by the introduction of foreign games such as netball, football, rugby that have since become a standard for gaming.

The difference between Traditional African games and foreign games is the contextual relevance they hold. Much as the foreign games are widely played all over the continent, there has been a surge in demand for locally produced content and relevant content; entertainment, news et al.

In the recent times, the sporadic growth of mobile has played a significant role is the wide spread adoption of local games. Entrepreneurs are at it, they seek to entertain, educate as well as connecting people to Afro-centric entertainment content.

When Nigeria’s Maliyo games started, no one was developing African themed games for mobile and web based platforms. Currently, pushing content to over 150 million people , Maliyo games such as Okada Ride, Aboki, Kidnapped, and Mosquitoes Smasher among others. It was inspired by US based Zynga games that is the maker of popular games such as Farmville and Mafia wars.

Matatu, a popular two player card games was developed and hosted on different mobile platforms. Terry Karungi, Production Lead, Kola studios at the BBC Science festival earlier this year said that there are more than 4000 Matatu games played daily online. Also, Kola studios just hosted a Matatu-thon –portmanteau for matatu and marathon– to celebrate local players in a fun-filled event. The feasibility of this gaming engine in Uganda has attracted majority key stakeholders such Airtel which has promised to support enterprising mobile solutions. They were 2013’s Pivot East winners in the entertainment category.

kenya’s Planet Ruckus brings an addictive yet adrenaline throttling game —Ma3 Racer. It is interesting. Players race on a congested city street eluding traffic police officers, on rugged pot-holed roads avoiding accidents with much caution. Ma3racer is hosted on Nokia’s Ovi Store boasting of over a million downloads but is yet to get an Android version.

The Nigerian-based company was launched in 2012 and has since released about 52 casual games. Kuluya focuses on telling the African narrative, and has proven popular with the diaspora and local gamers alike. Within six months after its launch the company managed to secure another seed stage investment totalling the company’s value at US$2-million. Oga @ The Top, was played more than 60,000 times within 72 hours after its launch

Ghana-based Leti Games is mostly known for its stunning artwork as well as its very talented software development team. Founded by Eyram Tawia and Wesley Kirinya in 2009, the company’s mission is to create the next African superheroes via comics and games. With the help of the Norwegian nonprofit the Meltwater Foundation, Leti Games released its first for Africans by Africans game titled iWarrior in 2009. Perhaps, they hope that one day Superman will seek Shaka Zulu’s help to fight against Krytonite.

The popular US gaming website Polygon recently did an in-depth feature piece featuring Leti Games. As the company mentioned “a game like iWarrior, though small, is a good step to culturalising games to [its] specific setting.” Leti Games further wants to bring African games to the global market.

To ensure the widest possible reach among young people, including those at the bottom-of-the-pyramid, Afroes is leveraging the rapid growth of mobile in Africa, which represents an unprecedented opportunity to deliver branded and educational messages directly and repeatedly into the hands and pockets of potential customers and citizens across the continent and beyond.

Notably, other African games rocking headlines are Other games in Africa include; SkillPod Media, and Tough Jungle  among others.

In conclusion, even though the African gaming industry is not making blockbuster figures enjoyed by the foreign gaming industry. For example California based social gaming firm Zynga Games has over 350 million monthly active users with revenues of more than $ 300 million. Worldwide the global gaming industry is expected to be worth has $110 billion by 2015. There is a promising future, African developers are building scalable products for Africans but targeting the entire global market.