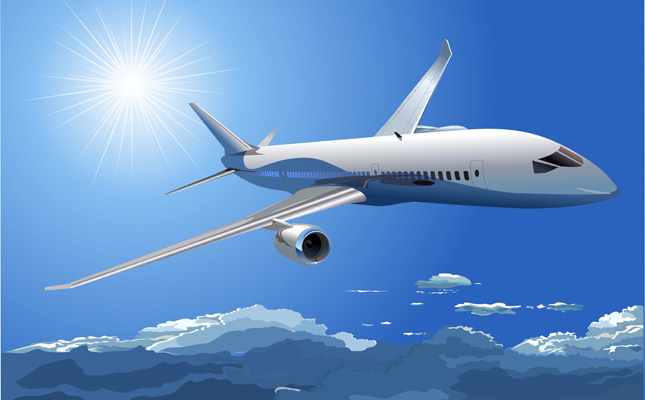 When Tesla raised the bar on the production of electric vehicles, all eyes turned. Not only to watch how realistic the project would go, but for inspiration too. Zunum Aero, a small aerospace startup, is bringing on board a hybrid electric airplane with batteries stored in its wings. This project, the company says, will save operations both in time and costs.

The aircraft, meant to seat between 10 and 50 passengers, will do short-haul trips of around 700 miles as at launch, with plans to get over 1000 miles by 2030. This is a great attraction for motorists, with majority of travelers opting for road when moving up to 500 miles.

The company has patented this concept and is backed by the Boeing Co. as well as from JetBlue Technology Ventures, a subsidiary of JetBlue Airways. According to the founder and CEO, Ashish Kumar, the idea is to create aircraft that fit in dormant routes. These are routes that have fallen into disuse due to trends that favor larger aircraft serving bigger airports. Currently, only 2 percent of the USA’s more than 5,000 airports account for 96 percent of air traffic; an indication that the bigger airports are crowded, making service at the smaller ones costly, if it even exists. 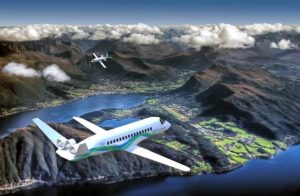 An artistic impression of Zunum planes in flight. Photo: Zunum

Zunum targets to fill the wide regional transport gap by cutting door-to-door travel times on busy corridors by 40%, and 80% in less traffic. Due to no fueling, operation costs would drop thus reducing travel fares by up to 80% below the current prices.

The aircraft will feature hybrid propulsion, with 80% lower emissions than the existing planes; and upon advancement in battery tech, emmisions will drown to zero. The community noise will also drop by 75%, enabling all-hours access to smaller airports. 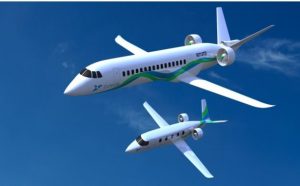 An artistic impression of Zunum planes in flight. Photo: Zunum

The firm has been in existence for three years, with a vision to develop a 1000-mile electric air networks to bring  fast and affordable transport. With the first prototype to be ready in two years, there is hope for commercial production in the early 2020’s. That shall be after complete approval by the FAA.

The interest in electric planes has been on the rise in recent years. Airbus has already recorded a successful flight of an electric plane across the English channel in 2015. With the technology, Uber plans to launch flying taxis in a bid to complete long-distance travels in countable minutes.

Zunum Aero’s concept comes at a time when electric vehicles are gaining traction, with Tesla already registering success on its projects. Like Tesla’s value now exceeding that of Ford, who knows, Zunum could overtake Boeing one day.