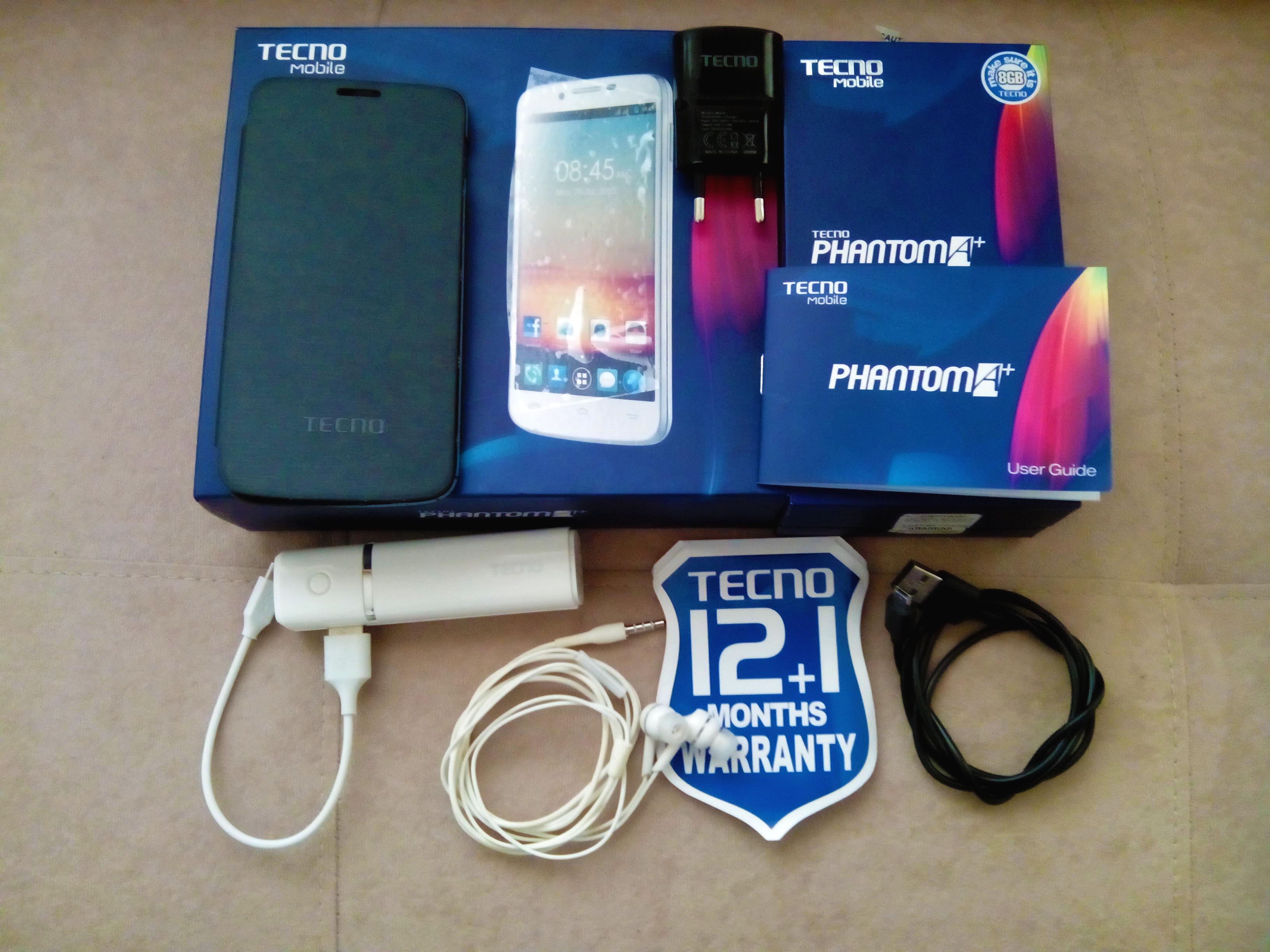 Tecno’s flagship the Tecno Phantom is causing a stir in the Ugandan smartphone market after it was quietly released without an official launch. While the device has been launched in Nigeria, Ghana, and Kenya we are yet to see the launch here in Uganda. The stir up is majorly due to its price and specs not to mention the accessories that come in the box. At a cost of 650,000 Ugx (about $250) one gets the phone of course, a 2100 mAh battery, a travel charger, earphones, a flip cover, a screen protector, an 8GB SD card and a 2200 mAh battery bank to power your phone on the go. They also provide a 13 month warranty.

We landed on the Phantom and are currently test running it to see if actually innovation has been liberated like they claim and so far, we have been impressed by a couple of features and I must say the Phantom is notable device.. Many people have been asking whether the specs and performance of the Phantom are actually real while other people fear that they may get a fake phantom and indeed it wasn’t long before a friend came to me complaining that he bought a Phantom with fake accessories This is due to the perception that many Tecno phones are fake, something Tecno has to heavily invest in to change the current perceptions

We shall be posting a review very soon but as for now, If you are interested in getting yourself one, here is how to get a genuine Tecno Phantom A;

1. Buy from an authorized Vendor/Tecno Partner preferably MTN stores or the Tecno Head office itself. The other vendors downtown who are majority have genuine phones too except most times they swap accessories giving you fake ones.

2. The phone comes sealed in a box and If it isn’t sealed, or the seal is broken in any way then don’t buy it. There are only two official colors it comes in and that is black or white any other color would be a fake unless new accessories are now being sold on the market which I still haven’t seen . There are multiple Tecno seals on the phone that are clearly labeled “Void if removed” and these are on the screen and SD card among others so watch out for any missing seals. There are no 2nd hand Tecno Phantoms (Yet), they are brand new so don’t accept any second hand at a cheaper price (Its already discounted as is) get a brand new one for heaven’s sake unless its from a trusted friend who can prove to you that he bought a genuine one.

3. In the box, every Tecno Phantom comes with a cover that you peel off the screen revealing a screen protector already installed. In the box, all items are branded Tecno and include; earphones, a 2100 mAh black battery, a travel charger, a flip cover and a back cover, an 8GB SD card, and a 2200 mAh battery bank with a USB charger cable. Anything less than these, ask your dealer.

4. Just as a matter of precaution you can also verify if the serial number the phone displays is identical to the one on the box. You can check the serial number on the phone by typing *#06# on your dialer. It will display two serial numbers since its a dual sim phone. Tecno has further created an online platform to verify if a Tecno phone is genuine  by entering your IMEI and VC number. Now you can check if your phone or battery are genuine.

The Phantom is a Tecno’s first grand limp into the smartphone market much like the Samsung Galaxy S was Samsung’s bet into the this cut-throat market. Our preliminary reviews indicate that the feature-phone-now-smartphone vendor means business!