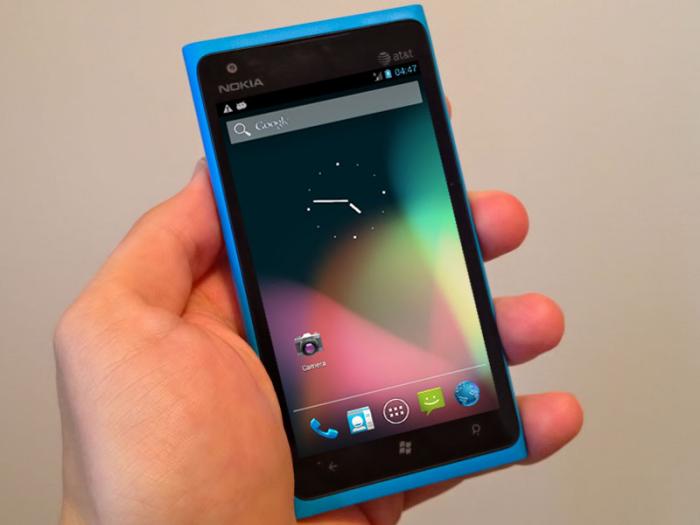 We’ve had endless arguments among phone enthusiasts on social media, blogs, comment threads, chat rooms as to why up to now, the once global phone maker has no Android handset. It has even been touted that the day the handset maker adopts Android is the day all its woes will end!

Here are some of the comments from smartphone owners on social media and our comment threads;

@moseskemibaro I don’t know why they are being hardheaded. Nokia should just go Android or at least have an Android line especially for their Lumia

I don’t know how the Windows – Nokia partnership is working but like I said again and again the day Nokia goes Android, it will regain all the fans it lost from Symbian. Make an Android Lumia and market it right and Samsung will be in trouble. I Dare You — Onyait Odeke

Nokia wants to differentiate itself

When Stephen Elop, the Nokia CEO, an ex-Microsoft executive  sent the famous “burning platform” email to his staff in which he stated that Nokia was sitting on a time bomb(Symbian), he was looking for a suitable OS that would make his company more competitive in the new smartphone market.

There were two choices for the chief; Android and Windows Phone. Android was already enjoying much love from the likes of Samsung, HTC, Huawei, LG, Sony and a long tail of me-too vendors given its openness while Windows Phone almost had no vendors except Samsung, LG. Multiple vendors shipping android handsets is both the operating system’s strength and weakness. It’s been a weakness in that its hard to differentiate your product from the fold as everyone else is running the same OS. As such, companies with android handsets have had to create custom user interfaces by modifying the icons, themes, and features of Android to make their phones stand out. For instance Samsung has its TouchWiz interface while HTC has what it calls HTC Sense, Motorola’s MotoBlur and Sony Ericsson’s Timescape.

With Windows Phone OS and its unique live-tile Metro User interface, Nokia with its Lumia handsets running the same Operating system are completely different from those of Samsung, HTC, Huawei, LG and Sony that are struggling to differentiate their handsets.

If Nokia adopted Android outright, it would want to have it’s own custom user interface. Unfortunately, they cost money to develop, and time to produce, both of which are scarce at Nokia, according to the doom-mongers.

According to this Bloomberg report, Microsoft offered to pay Nokia $1 billion to promote and develop handsets that run the Windows operating system. At that time, Nokia with working with Intel on MeeGo, a Linux-based open source mobile operating system targeted at a range of mobile devices. Under the terms of the deal between Microsoft and Nokia that is due to run for more than five years, Nokia will pay Microsoft a royalty on each copy of Windows Phone OS used in its phones. But the benefit will come in terms of the saving on software R&D, according to Bloomberg.

For a company whose balance sheet leaves more to be desired, how could it refuse a $1 billion?

Nokia has Invested in its own services

Nokia had to part with $8.1 Billion to acquire Navteq — a Chicago-based provider of Geographic Information Systems (GIS) data and is a major provider of base electronic navigable maps that now powers its mapping service. When we reviewed the Nokia Lumia 820, comparison with Google Maps, there’s absolutely no doubt that the two mapping services match up. It’s not just Maps, but also Email(ovi mail), its App store (from S40, Symbian legacy), a music streaming service and navigation.

In comparison, the other Android vendors haven’t significantly invested in their own services aside User Interface tweaks as discussed above apart from Samsung that has plan B for Android. As such, most vendors have to deeply rely on Google and its gigantic services — something that feels risky if your care about your own destiny!

Therefore for Nokia to adopt Android which comes with a myriad of Google services including Google Maps, Gmail, Play store, Google Music would be a sabotage to Nokia’s own service! It’s like shooting yourself in the foot!

Even though Nokia reported an improved $151m loss in Q2 2013 after selling a record 7.4m Lumia smartphones, the Lumias are the most successful  Windows Phones on the market. Nokia sold 7 million Lumia phones in the quarter, up 133% from its paltry showing last year bringing Windows Phones third place after iOS and Android in market share.

Currently Nokia’s challenges are two-fold; the disappearing feature phone market(yes even here in Africa) and the lack of traction of its Windows phone based smartphones. When Elop sometime last year  indicated they were open to alternatives to which some phone enthusiasts escalated their hopes high in expectation of a possible Nokia Android phone, Nokia quickly debunked Android rumors once again with the statement “We’re sorry for those of you who had your hopes high regarding a future possible Nokia phone running Android”. Nokia has married Microsoft, for better or for worse, til death do them part.

5 thoughts on “A Nokia Android Lumia phone: Here’s why you still can’t find one”