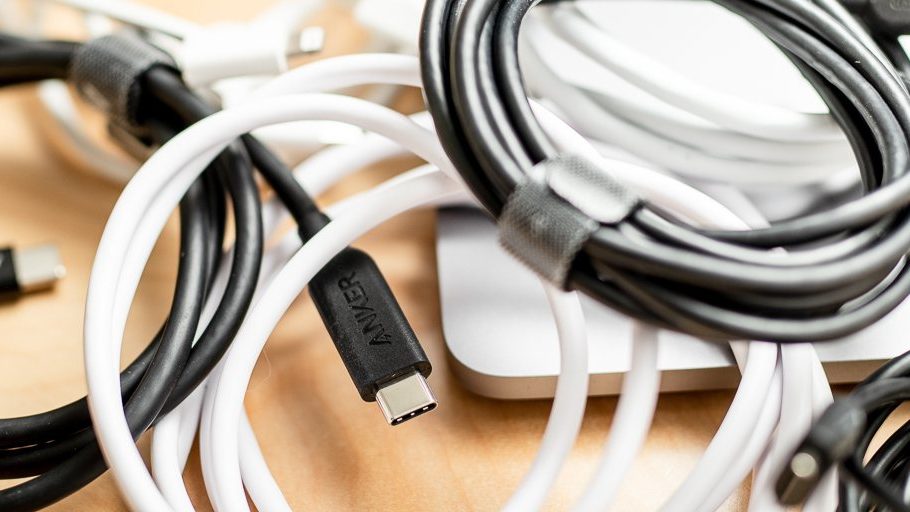 As humans, we are naturally impatient. We are programmed to want to the nicest, biggest, and best of things/results in the shortest time possible. And that isn’t exactly a bad thing. We exhibit the same impatience towards with our smartphones and gadgets too, particularly when we’re charging them. We want them to get our battery filled up to 100% as fast as possible. Thanks to so many Quick Charge/Fast Charge technologies, however, 10-15 minutes of charge can supply hours of usage time. But it’s not that simple.

So… yes; the length of your USB cable could either increase or decrease the charging speed (and time) of your smartphone. I’ll explain.

Given that two cables are made of the same wires and have equal thickness, why would the shorter cable charge faster than the longer cable? Science.

The relationship between the length of a cable and the speed at which it supplies power to your smartphone battery can be explained by the formula (of resistivity) in the image below.

Using the formula above, let’s assume two cables (A & B) have equal gauge/thickness of 1mm but are 6mm and 4mm long respectively. Let’s calculate their resistance.

Cable A’s resistance is 6 (i.e. 6mm/1mm) while Cable B’s resistance is 4 (i.e. 4mm/1mm). As the result shows, the longer a wire is, the greater the resistance and consequently, the lesser electric current (in amperes) it is able to supply to your device.

This is, of course, a theoretical explanation. Let me walk you through the results of someone who has tried, tested, experimented and confirmed that the length of your USB cable indeed has an impact on the speed at which your smartphone charges.

Ibloo, a member of the renowned XDA developers forum, was able to prove (with detailed reports) that shorter cables charge faster than the longer ones. He performed an experiment using three (3) cables from the same manufacturer but of different lengths — 12, 36, and 72-inches respectively— and two different power adapter.

The cables were of the same wire/material and they and the same gauge/thickness. He used the three cables to charge the same device (a Samsung Galaxy Note 2) and proved the resistivity theory right; the shorter the cable, the faster the charge. Attached below are graphical representation of Ibloo’s findings.

The shorter cables (12 & 36-inches) supplied more power to the battery for both the Samsung & Asus adapters than the longer cable.

Now that you know that the length of a cable can impact the charging speed of your device, you should pay more attention to the type of cables you buy and also, cables you use to charge your device. When picking up a cable for your phone, ensure that it is thick and moderately sized — length-wise. If you care about fast charging, shy away from using slim cables that are ridiculously long.