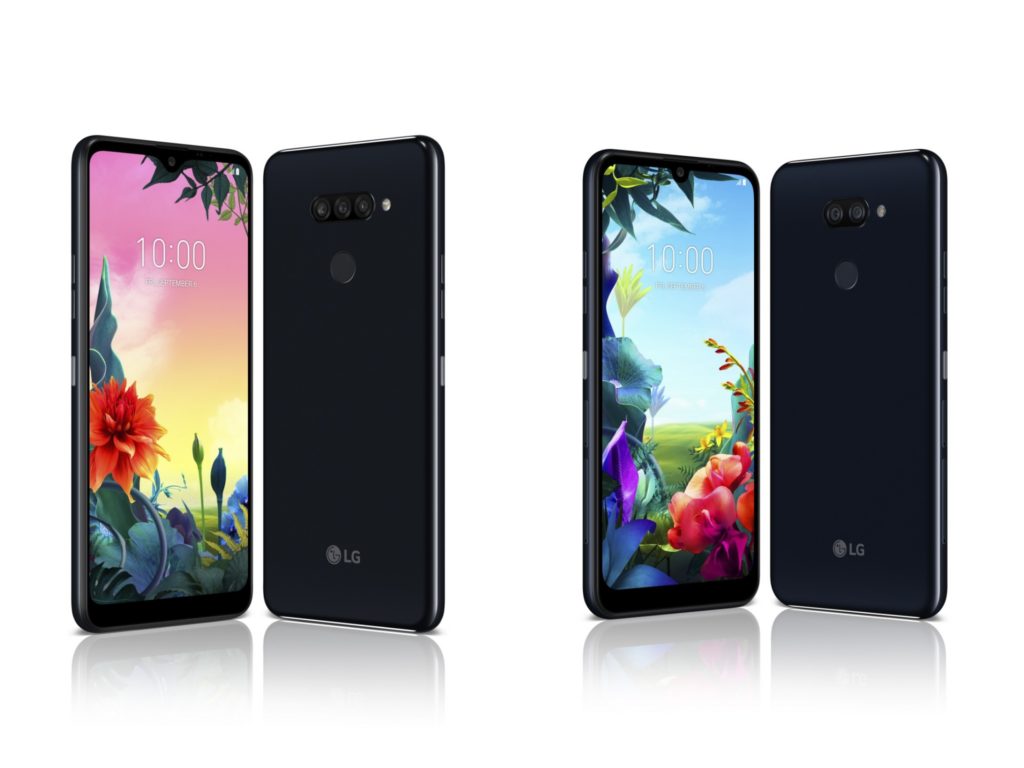 Following the recent announcement of the Samsung mid-range Galaxy A50s and Galaxy A30s smartphones, LG follows suit with a mid-range duo of its own. The LG K50s and K40s smartphones are mid-rangers with a fortified build to ensure its durability thanks to its MIL-STD-810G certification. Also, you get to enjoy a decent camera, battery, and display among other nice features. Both smartphones will later be put on display at the IFA Berlin event in Germany next month with more details.

There is not much to differentiate this smartphone besides the size, camera, battery, and display. The smartphones come with a simple plain design, available in Aurora Black and Moroccan Blue colours.

If you are looking for the better one between the two smartphones, then this your pick. It is not only bigger in size, but the smartphone also comes with an ample 4, 000mAh battery and a 6.5-inch HD+ display. The cameras at the back are made up of a 13MP main cam with PDAF, 5MP super wide-angle sensor, and a 2MP depth sensor. That is not all, you also get a 13MP front camera, 32GB built-in storage, 3GB RAM, and an undisclosed octa-core processor clocking at 2.0GHz.

The smaller version which is the LG K40s features a 6.1-inch HD+ display, the same processor as the K50s, 2GB/3GB RAM and a 32GB built-in storage space. Also, the battery here has been reduced to a 3, 500mAh battery with a dual 13MP + 5MP camera at the back and a 13MP selfie snapper at the front.

The price of the two smartphones are yet to be revealed yet, this piece will be updated to reflect their prices once they are.