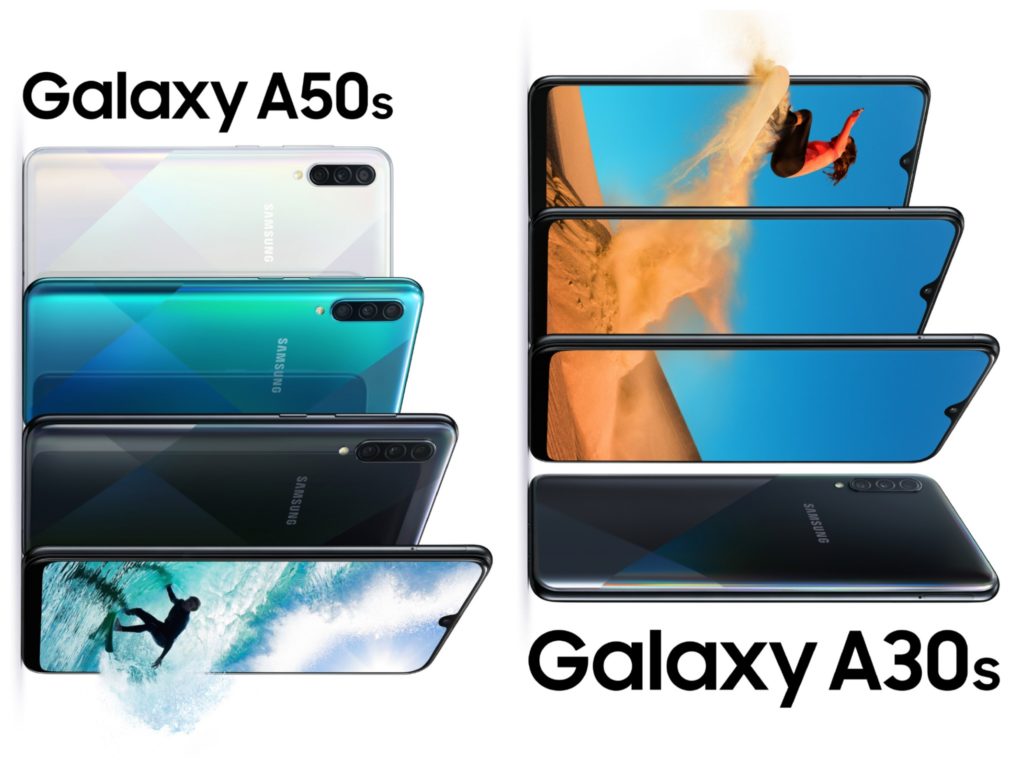 Lately, Samsung has been able to grow its budget/mid-range smartphone base through its Galaxy A-series. The A-series is a resurrected line of Samsung smartphones which saw a shift to include better camera capabilities and youthful appeal. In that regard, the new members of the series unveiled today are the Samsung Galaxy A50s and Galaxy A30s. The two smartphones succeed the Galaxy A50 and A30 released earlier this year with upgrades coming to the design and camera.

Coming as an upgrade to the pre-existing Galaxy A50 which was the highest selling smartphone in the A-series, the Samsung Galaxy A50s has a big shoe to fill. The improvement covers the smartphone design which is now patterned with a nice holographic effect instead of the plain design on its predecessor. They are available in Prism Crush White, Prism Crush Green, Prism Crush Violet, and Prism Crush Black finishes.

Also, you will be enjoying a better 48MP main rear camera paired with an 8MP ultrawide camera having a 123-degree field of view and a 5MP depth sensor. Moreso, you have a better 32MP selfie camera as well in comparison with the 25MP camera on the A50. This is coupled with the FHD+ Super AMOLED Infinity-U display, 15W fast charging of the 4, 000mAh battery, and an octa-core Exynos 9610 processor. Lastly, you have the smartphone in a 4GB RAM/64GB ROM and 6GB RAM/128GB ROM configuration.

As far as design goes, the Galaxy A30s carries the same design as the Galaxy A50s and also features the same screen size but with an Infinity-V display and a lower HD+ resolution. In comparison to its predecessor, the smartphone has an upgraded 25MP primary rear camera and 8MP ultrawide angle camera with a 5MP depth sensor from before.

Besides, the Samsung Galaxy A30s also features an octa-core Exynos 7904 processor with 3GB RAM and 32GB internal storage on the basic model. The more premium model has 4GB RAM with an option of either 64GB or 128GB storage space but then you have a dedicated slot for up to 1TB MicroSD support. Like in the Galaxy A50s, you will also have a 4, 000mAh battery and 15W fast charging.

Pricing of the two smartphones has not been disclosed yet. We will make sure to update this article once we have them.