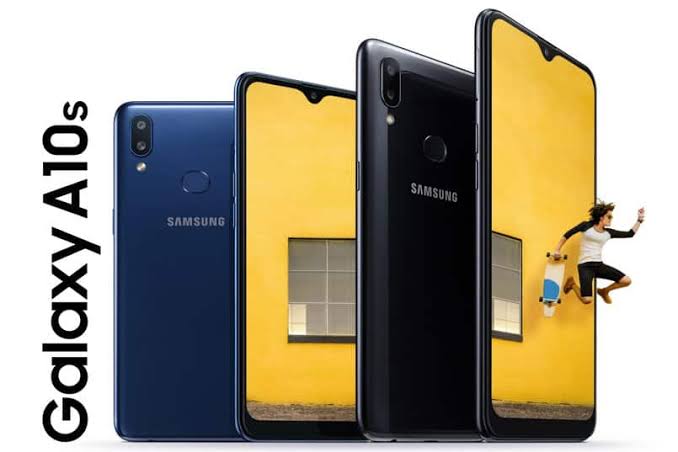 The latest in the mid-range Galaxy A-series is the Samsung Galaxy A10s, the improved version of the Galaxy A10. In terms of specs, the new smartphone comes with a bunch of budget features. Nonetheless, a worthy improvement over the predecessor is the addition of a fingerprint scanner at the rear. Appearance-wise, everything kind of remained the same with a waterdrop notch screen and a plain back cover as on the predecessor. If you are looking for a little more on a Galaxy A10 device, then this is probably it.

Samsung is trying to win its budget customer base back from the likes of Xiaomi, Oppo, Vivo and so on which is what the Galaxy A-series really represents. The smartphone has a polycarbonate-based build with a 7.9mm thickness and a fair weight of 168g. The 6.2-inch ticks the ‘ideal big’ box and an HD+ resolution is just the befitting quality for a budget smartphone like this.

On the premise of performance, the Samsung Galaxy A10s is armed with an octa-core processor with a max clock speed of 2.0GHz on four cores to handle heavy tasks and the remainder at a lower clock speed of 1.5GHz. Also, there is 2GB RAM and 32GB storage space expandable with a memory card. The smartphone runs Android 9.0 Pie with Samsung’s UI expected to be there too.

On the other hand, the smartphone is packed with a 4, 000mAh battery which is quite enough for your daily usage. That said, you can get the smartphone in red, black, green and blue colours. However, the price has not been declared yet but we will update this article once we do.