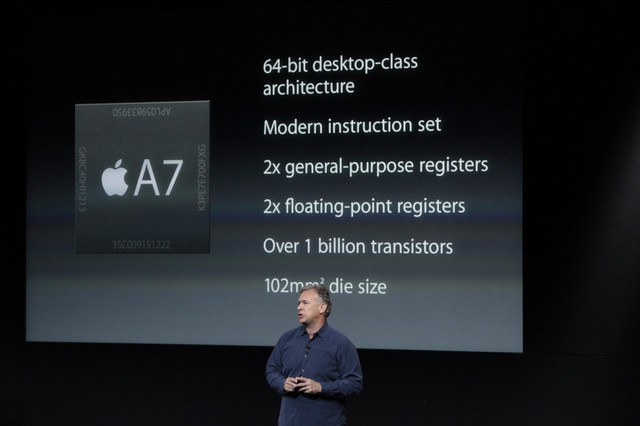 The Tech community (together with Samsung) have waited a long time for Apple to announce its first major products of the year. And then we got two: the 64-bit iPhone 5S and iPhone 5C, plus the official launch of iOS 7. Not the much rumored iWatch or Apple TV.

In anticipation of Apple’s SmartWatch that been rumored to be called the iWatch, Samsung  announced the Galaxy Gear — its own smart watch —  last week at IFA in Berlin. By releasing a product in that category, Samsung would have had a head-start over Apple and put to shame all those Apple fanboys who have long painted the South Korean Electronics manufacturer as an Apple copycat! With such a strategic early entry into a market that analysts believe has the potential to explode like Smartphones and tablets, Samsung could easily avoid losing billions in lawsuits from the likes of Apple that could claim design infringements as was the case with its Galaxy line of smartphones.

But alas, Apple instead released a 64-bit iPhone!

Apple is the first to squeeze a 64-bit processor into a consumer smartphone. Apple’s previous A series processors and ARM chips from other suppliers, like Qualcomm, have all been 32-bit. The new  iPhone 5S will come with the Apple A7, a new 64-bit system-on-chip that Phil Schiller described as “a leap forward.” and that the A7 is “up to twice as fast” as its predecessor, introducing speed gains in both performance and graphics.

Of course, Apple’s hyperbole marketing aside, the 64-bit processor won’t necessarily change Smartphone performance much like 64-bit architecture didn’t bring over-the-board performance to desktop computers than 32-bit save for some applications like games. As Cnet’s Stephen Shankland puts it “Don’t swallow Apple’s marketing lines that 64-bit chips magically run software faster than 32-bit relics. What the A7 in the iPhone 5S does do, though, is pave the way for Apple’s long-term future.”. In fact if consumers needed anything with the new iPhone, then perhaps a longer battery life, bigger memory would have been more plausible!

However, in response to this announcement, Samsung which perhaps with its early dive into the Smartwatch category could have snatched the innovation torch from its rival has disappointed with announcement of 64-bit processors in its next smartphones. Samsung’s mobile business chief Shin Jong-kyun told The Korea Times:

“Not in the shortest time. But yes, our next smartphones will have 64-bit processing functionality.”

Apple’s iWatch is still expected to be released during the first or second quarter of 2014. Among the other products that were expected to be announced at this year’s event but were not include new iPads, new iPods and the Apple TV.

With is this kind of reactionary response, Apple will continue to be perceived as a pacesetter while Samsung is the company that plays catchup with its rivals despite cutting edge innovation it has zipped into its latest flagship smartphone — the Galaxy S4 — and its new smartwatch — the Galaxy Gear.