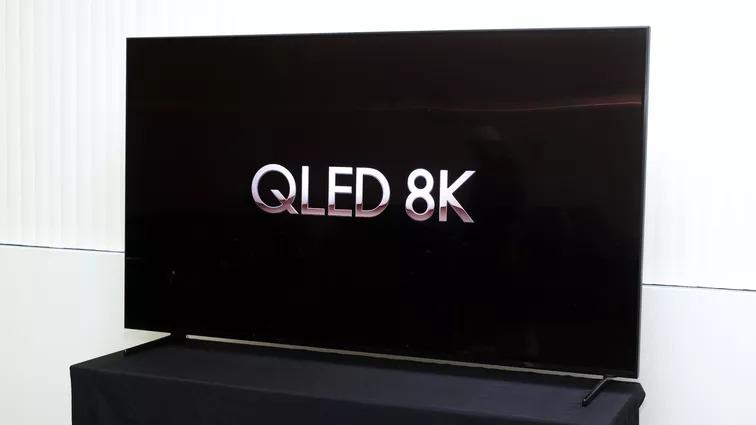 Looks like Picture quality doesn’t seem to get good enough. Every other few years, consumer electronics vendors come up with a more crisp, sharp, eye-popping display quality standard that should grace our phones, laptops and Smart TVs. Whether or not it’s just to get more money from our pockets is another story. But lets just assume, the Tech keeps getting better.

8K Ultra HD displays are almost beginning to roll out across modern day consumer electronics starting with display monitors and Smart TVs. In fact the 2020 Tokyo Olympic games are reportedly going to be broadcasted in 8K. Also 8K is the next video resolution standard after the much hyped 4K and Full HD before it. This is all about pixels and if you’re not techie enough, the take away is newer standards pack more pixels per inch on the display than their predecessors.

Presumably, newer standards provide better picture quality than the previous ones. This alone shouldn’t be enough for you to cash-out on the next upgrade of your monitor or Smart TV. The devil is in the details as we shall see later. So hold on to your hard-earned money first.

The term “8K” sometimes referred to as 8K UHD is really a marketing name electronic vendors use to brand and distinguish their products. However, technically 8K refers to  an image or display with a horizontal display resolution of about 8000 pixels. More accurately it represents 7680 × 4320 pixels or 33 million active pixels in total. As you can tell the width 7,680 is almost 8,000 pixels hence the name 8K. It’s 4 times sharper than 4K and 16 times sharper than 1080i FHD.

But what does 8K really mean to you?

The human eye is great, but it’s limited. There’s a certain point beyond which our natural eyes can’t really perceive the difference in display resolution. According to scientist and photographer Dr. Roger Clark, the resolution of the human eye is 576 megapixels (75 million pixels). That’s epic given that today’s smartphone cameras spot on average 16MP. However, even with its bio Megapixel, it’s very hard to tell apart Full HD resolution from 4K for instance. The effect gets even harder with 8K when viewing from normal viewing distance from the screen.

What qualifies as an 8K display?

Many vendors are going to start announcing products that allegedly support 8K UHD standard. You want to be on the lookout else you fall into the trap of salesmen. Generally the 8K industry definition’s attributes are;

Smart TVs and PC monitors are already gracing the 8K standard from vendors such as Samsung, Huawei, Philips, Dell, Sharp, TCL among other big brand names. The products are not surprisingly expensive right now since the Tech is new. Some newer big screen 8K TVs are starting at $16,000. 8K screens are also generally bigger in screen size with the average size being a whopping 65″. Here are some 8K TVs and Monitors that have recently been announced;

Should you get an 8K display?

Manufacturers and their marketing teams are about to start screaming at you to buy their latest 8K UHD Smart TV or display monitor. The question is, you should buy it? Well, not in 2019 and here’s why.

Availability: Since the technology is new, there are few products that support 8K at present. It means you won’t easily find one at your local retail store especially in Uganda or Kenya or Nigeria where most readers of this site reside. The likes of Shoprite and Game supermarkets usually stock Samsung, LG and Huawei TVs, but you have to wait at least another two years before these products ship into the country. However, you can order online from Amazon and ship to your country if you can’t wait.

Bandwidth: Because 8K has very high resolution, it also demands super fast internet connection of not less than 50 Mbps. That’s still very fast regardless of where on earth you live. Older standards can still stream content with less than half these speeds.

If you think 8K is an overkill, think about the fact that 16K resolution standard is already being worked on. 16K  has four times as many horizontal pixels as a 4K television. Earlier this year, Sony showed off 63ft by 17ft (19.2m by 5.4m) screen in the city of Yokohama, south of Tokyo.

Now that 4K Tvs are becoming the norm, it will not take long before 8K is adopted perhaps in the next decade. When it comes to TVs, the general rule is bigger is better but you have to consider other factors we have already mentioned; price, content support, bandwidth before you spend your hard-earned cash on the next shinny eye-popping TV.