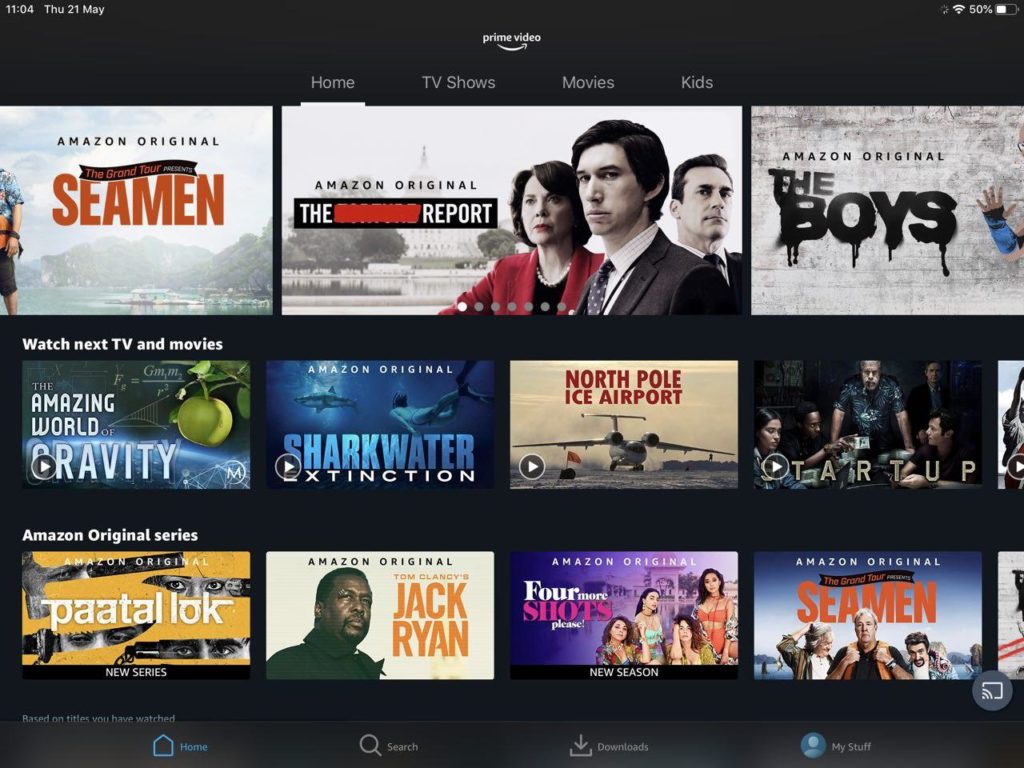 Prime Video is an on-demand streaming service from Amazon, the U.S e-commerce giant. Amazon prime video is available through Amazon.com prime subscription service which includes free shipping within the U.S. It’s also a standalone service you can subscribe to independently from Primevideo website. We have tested Amazon prime for a month now just to checkout how it stacks up against other streaming services we have already reviewed such as Netflix and Apple TV+ for non-U.S residents.

I live in Uganda and I have been testing the service along with other Dignited team members in Kenya and Nigeria. In 2016, Amazon rolled out the service to 200 countries worldwide in a bid to rival Netflix which has so far established itself as the defacto streaming service of choice for everyone on the planet. With fat pockets, a studio, vast internet infrastructure and a reputable global brand, Amazon isn’t just participating in the streaming wars. They want everything.

So to begin with, if you live in the U.S, this post isn’t for you. Because of content licensing restrictions, how a service works in the U.S is quite different from how it works in other regions. Very many people will be taken unawares by this fact and they’ll have to resort to VPNs to circumvent these restrictions.

Even though streaming services work on the internet much like search engines, social media networks, email services etc, they are still limited geographically. This is majorly because of content licensing restrictions. Production studios normally make movies or shows licensed to only specific markets, in most cases on the U.S.

Amazon has spent a lot in acquiring licenses. As a result, they are in over 242 countries worldwide including Uganda, Kenya and Nigeria. Netflix on the other hand is currently available in roughly 200 regions. U.S residents have the benefit of subscribing to prime video along with Amazon prime which offers free shipping to locations in the U.S.

Amazon Prime video starts at $8.99/month with a 30 day free trial from amazon.com. This also includes free shipping to U.S locations. These packages are based suited for U.S residents since you also have free shipping within the U.S.

If you are outside of the U.S then you should subscribe to Prime video only which starts at USD 5.99 per month with a free month trial. You can subscribe through primevideo website. An Amazon account will be required.

Payment is through credit/debit cards. Your ordinary Bank ATM will most likely work but you must talk to your bank first to enable it for online transactions for Ugandan residents.

Competitors such as Netflix, Showmax start from around the same range, so we can say Prime video scores quite highly on pricing.

Now lets talk about content. Prime video has a vast collection of content that quite frankly varies that offered by Netflix. They have a little something for everyone including shows, sports content, movies and cartoons/animations for kids. Amazon has invested a lot in Amazon Original content which comes bundled with your Prime subscription. However, not all content is available in all regions. In fact, I was able to stream only a handful of globally accessible content including the critically acclaimed Amazon Original Auto show The Grand Tour by former BBC Top Gear presenters Jeremy Clarkson, Richard Hammond, and James May. Also globally available is Tom Clancy’s Jack Ryan, Goliath, Hanna, The Expanse, The Aeronauts and a couple of Kids content.

If you are a movies person, then there are quite some good titles to choose from across different genres. You’ll find Amazon originals such as The Aeronauts, The Report, along with old titles such as Transformers, Man on Fire. You’ll also get Hindi movies if that’s you thing. Prime also has a great collection of Kids content to watch.

And if you are looking for African-specific content such as Nigerian movies, then you won’t find anything.

Amazon prime video also offers more content through third-party channels such as HBO, Starz, Showtime, ePix etc but none of these channels are available outside of the U.S.

Amazon Prime video has an impressive list of Platforms and devices it supports. It probably ties with Netflix when it comes to number of platforms you can access the service. Prime video can be accessed through Amazon’s Fire TV devices, Roku devices, Microsoft Xbox game consoles, Play station consoles, latest Samsung and LG Smart TVs, iPhone/iPad/Apple TV, Android smartphones and Google Chromecast. As you can tell it’s available almost everywhere.

Averaging my scores, Prime video sums up to 4.3/5 score which is still a generous score. Prime Video scores highly on almost everything else except on content. But for $5.99, it’s reasonable value you get. Amazon being the giant behemoth it is, this content licensing issues are bound to be resolved. Amazon’s content budget is north of a whopping $6 billion a year which is almost the same as that of Netflix. So far in our reviews, Prime Video seems to score either after Netflix or Showmax depending on whether you’re a fan of African content.

Have you used Prime Video, let us know your own experiences in the comments below.