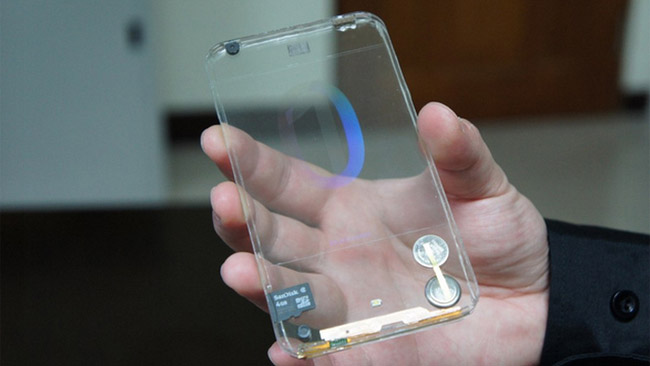 If you thought Samsung outdid themselves with Flexible displays that it spotted with the Samsung Round a few month ago, then you ought to think again. The South Korean firm is even more ambitious with its plans to outwit its competitors in the smartphone market using innovative technology.

This time, it’s with transparent touchscreens.

Patent Bolt looks to have stumbled upon the latest evolutionary idea in the form of a patent from Samsung that describes touch controls extending to the backside of devices with transparent displays. The electronics giant demonstrates how back touch could be useful on a transparent device, including the ability to open applications or control a video without obscuring the display. Samsung’s invention relates to providing an object control method based on input such as touches on a front side, a rear side, and both sides of a device including a transparent display, the device, and a computer readable recording medium thereof.With this new innovation, users will be able to for instance see a video playing on a smartphone with a transparent display.

While there have been rumors of iPhones with transparent displays, Apple has not demonstrated visibly any plans to roll out see-through iPhones anytime soon. However, for Samsung, it wouldn’t be too surprising to see the company release not just a curved smartphone,but a Galaxy with curved see-through screen at some point over the next few years.