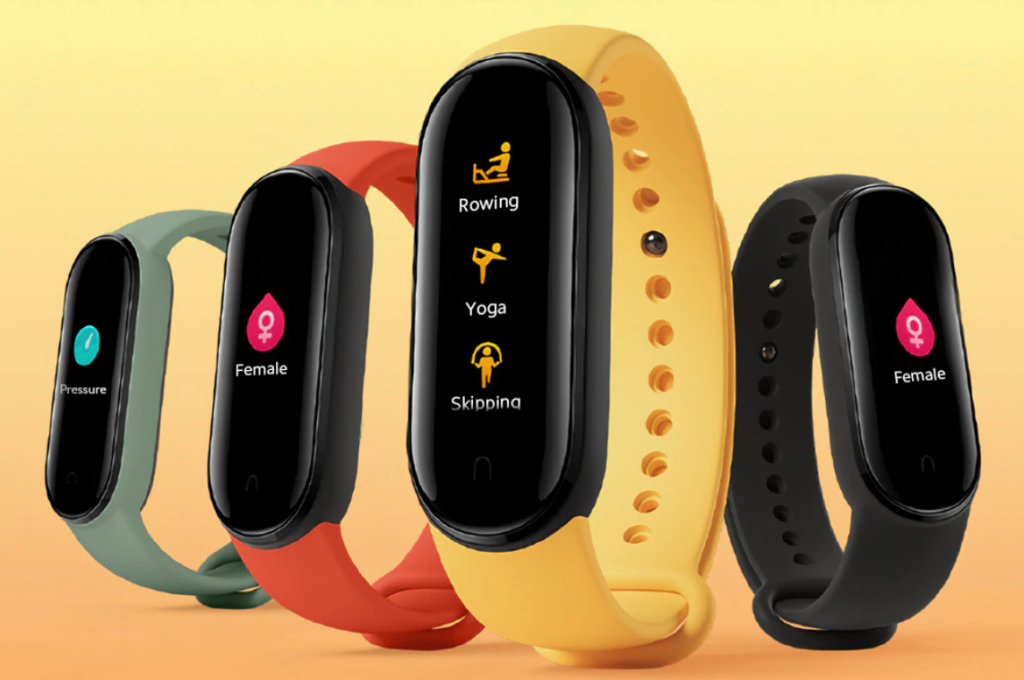 Xiaomi has yesterday finally announced its latest fitness band, the Mi Band 5. The new device spots some new improvements to its predecessor, the Mi band 4 which was released same date last year. Xiaomi has so far released the Chinese version of the Mi Band 5 with the global edition coming in the following months.

The Mi Band 5 is slightly bigger than the Mi Band 4, comes with a new magnetic charger and some improvements in fitness tracking. The Mi Band 5 is retailing at about $30 or about ¥229. So here’s what new in more detail;

The Mi Band 5 display has increased by 20%, from 0.95 inch in Mi band 4 to 1.2 inch. This will give you a big more screen real estate to view calls, messages and reminders more clearly.

Xiaomi Mi Band 5 comes with a screen resolution of 126×294, 16 bit screen colors, screen back-light of more than 450 nit and a touch key for waking up and navigation(return).

Xiaomi has added magnetic charging to the Mi Band 5. The charger will simply snap on the band with the aid of a magnet. With the Mi Band 4, you had to remove the band’s body from its straps and then snap it manually inside it’s charger cable. Trust me, I had difficult time doing this because I didn’t know which way the Mi Band 4 came out of its straps. The Magnetic charger is certainly a more convenient pleasant method.

Xiaomi has decided to reduce on the battery capacity of its latest fitness band to 125 mAh from 135mAh battery of the Mi Band 4. However, interms of performance, the company says its lab tests indicate 2 weeks battery life similar to the previous version. It’s hard to believe Specs don’t matter, but perhaps Xiaomi must have optimized the device’s performance to come up with the same battery usage even when the capacities are different.

It takes about 2 hours to charge the Xiaomi Mi Band 5 to full capacity and it uses a magnetic charging dock as previously stated.

One the signature features of the Mi band is 24-hour heart-rate monitoring. Both the Mi Band 4 and 5 have this feature. It can be turned on and off depending on the user. I personally turn it on only when needed. What’s different now is that the Mi Band 5 has 50% more accuracy than its predecessor according to Xiaomi. Now with even this much improvement, it should be noted that the Mi band is not a medical device. For medically approved results, you still want to use the hospital equipment.

Camera remote control is yet another new feature of the Mi Band 5. This might come in handy when you want to take great selfies, but you can’t reach your smartphone. Well, it feels like a gimmick, but some people might find this helpful.

Specific to women’s health, the Mi Band 5 now comes with features to track women’s menstrual periods and ovulation records. You can set reminders and get notifications during that time of the month. There are a number of smartphone Apps that already do this, so this is yet another way for the ladies.

The Mi Band 5 comes in two modes; the NFC version and the one without NFC. The one with NFC costs 229 yuan (US$32) and the other without NFC is priced at 189 yuan (US$27). The prices aren’t much different from the Mi Band 4, although we shall see the older device’s pricing falling shortly. The global version of the Mi Band 5 is not yet out. It’s coming out in the coming months.