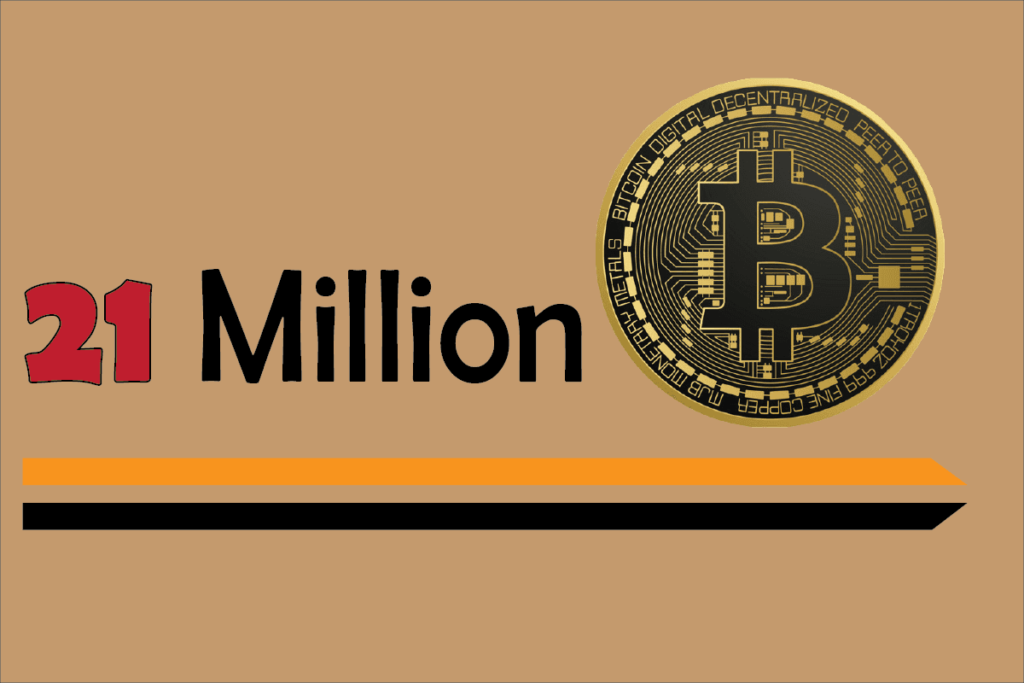 You may already be aware that there will only ever be 21 million Bitcoins minted or mined. That’s the maximum amount of Bitcoin that there will ever be. Who decided the quantity of Bitcoin should be limited to 21 million? And why? This idea is used as an argument to say that Bitcoin will never lose any of its value.

The argument is that the supply will never be arbitrarily inflated thus diminishing the value of Bitcoin. At least not in the way that says the US Dollar might be inflated by the Federal Reserve. That is true because there is no central authority that can decide to have an extra 21 million Bitcoin created.

New Bitcoins are minted through a process known as Bitcoin Mining. When a Bitcoin miner discovers a valid Bitcoin block, they are rewarded for their effort. The payment is with some newly minted Bitcoins, this is called the Block Reward.

The Bitcoin protocol is designed such that a new block is mined roughly every 10 minutes. That is about 56,500 blocks per year, which is 210,240 blocks every 4 years.

Also Read: Bitcoin and Blockchain are not exactly the same things

On May 11, 2020, at approximately 3:21 p.m EST, the Bitcoin blockchain underwent its third block reward halving. This means that currently, miners are getting a reward of 6.25 Bitcoin per block, down from the 12.5 they were getting before the halvening event.

Also Read: What’s crypto mining and how does it hurt your PC

The thing is Bitcoin can only store so many decimal places. So when it cuts the one in 0.0000001 down in half, it has nowhere to put the five in 0.00000005. In that case, the 5 just doesn’t exist, it just gets halved into nothing. That’s the nature of how the value of Bitcoin is designed and stored. It only has so much space for decimals.

This last halvening is supposed to happen at around the year 2140. At this point, the amount of Bitcoin that will have been mined will be about 21 million. Actually, when it gets to the last halvening, the quantity will not be exactly 21 million Bitcoin, for a couple of reasons.

The first reason is if you add up all of the blocks of all the halvenings, you get a number that’s very close to 21 million. But it isn’t actually 21 million; the number is 20,999,999. Secondly, there won’t be 21 million Bitcoins because there’s also a fairly sizable amount of Bitcoin that will have been lost.

Some people, for example, have lost their private keys. Their Bitcoin is just now sitting there never to be touched again because they just can’t access it.

Also Read: Some of the Best platforms to Buy and Sell Cryptocurrency in Nigeria

Why 21 Million? And Can It be Changed?

The question that remains is why did Satoshi choose the 21 million quantity for Bitcoin? The reason why the founder decided on it was just an educated guess. It was divisible enough that there would be enough supply and it seems to be just how the math worked out.

But can that limit be changed? The answer is yes, and no, it’s kind of a philosophical question. In some ways, yes; there could be a Hard Fork to change the way that the block reward is distributed. They could increase it, reset it to 50, or even double it. They can do all sorts of things with a Hard Fork.

That will change the protocol and then if everyone installs the new Bitcoin client, then that’s the new Bitcoin. But then many people would actually say that the 21 million Bitcoin limit is one of the things that is totally essential to Bitcoin. And that if you create a Hard Fork that has more than 21 million, that wouldn’t be Bitcoin.

It would be fake Bitcoin, and nobody wants to use a fake Bitcoin. There can only be one Bitcoin as we all know. If this has been understandable enough for you, go ahead and let us know what other explainers you would like for us to do, through the comments section.

Also Read: Should You Take Payments In Bitcoin?