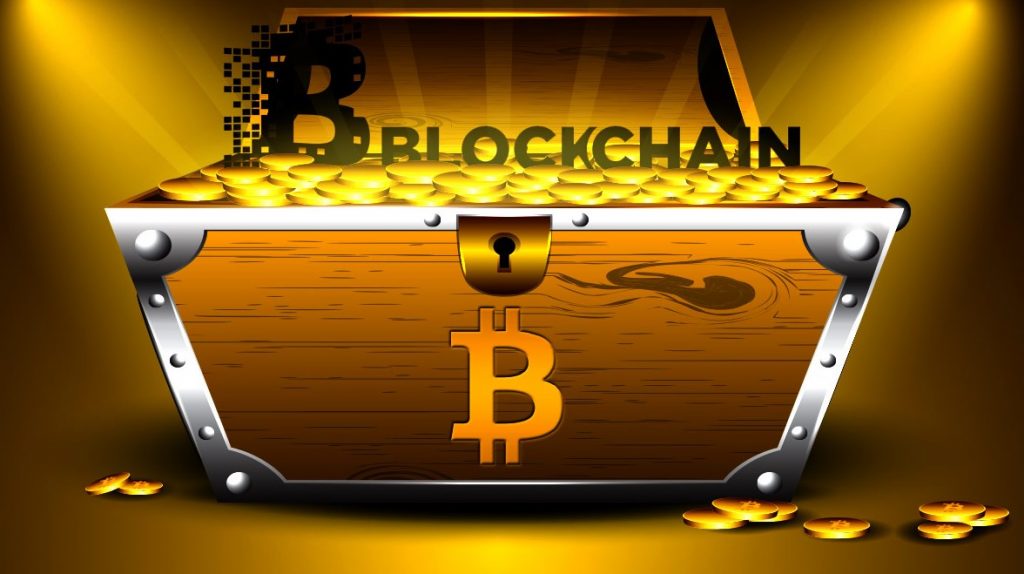 When you pose a question to someone about bitcoin, you’ll either get a stop sign barring you from continuing the conversation, or something close to the answer without a definite suggestion of being correct. Being a broad and complex topic, it takes research and experience to make an argument on it, yet many parties find it hard to distinguish it from the blockchain technology.

Like we saw last week, Blockchain is a distributed ledger platform that allows for the creation and management of decentralized systems and processes, which enhance efficiency and transparency of transactions across business operations.

We also defined a distributed ledger as a digital log that uses independent computers or nodes to record and share transaction data and then regularly synchronize the data. The transaction data is grouped into blocks, and as each block is completed, it is added to the chain where it becomes a timestamped record that can’t be altered or removed.

When Bitcoin came into existence, it was wrapped up together with Blockchain – being its first application – resulting in the public mistaking one to mean the other.

It is not the first time we are talking about Bitcoin. You should have seen the infographic we posted months back.

Bitcoin is a type of cryptocurrency, having been the first of its kind, and a purely digital currency that is based on blockchain technology. A cryptocurrency is a medium of exchange, though it is digital and uses encryption techniques to control the creation of monetary units and to verify the transfer of funds.

Bitcoin is a decentralized form of currency without any central authority figure in control, and the smallest unit of a bitcoin is one hundred millionth of a bitcoin also known as satoshi.

Read About: Should You Take Payments In Bitcoin?

The Bitcoin blockchain is a database distributed across a peer-to-peer network containing Bitcoin transaction records. It has two parts: the blocks and the chains that link them together. Each block in the blockchain is a collection of recent transactions including where the bitcoin is coming from, where it is going to, and the amount being transferred. There is not a set number of transactions in each block, but a new block is formed roughly every ten minutes.

Before a block can be added to the ledger, it needs to be assigned a hash. A hash is a large computer-generated number specific to the set of data in the block. The hash that is derived from each block becomes an integral part of the block that immediately follows it, implying that every block in the chain is linked to the last.

Since there is no central authority, network participants have to agree on the validity of transactions before they can be recorded. This consensus is achieved through a process called mining. Through mining, a proof of work that meets certain requirements is created, which must be provided for the transaction to be considered as valid on the blockchain, thus an indicator that consensus was achieved.

By this design, transaction records cannot be tampered with or changed after they have been added to the blockchain.

How does bitcoin mining work?

The creation of a hash requires a mathematical problem to be solved by coming up with an alphanumeric hash – usually of a particular length that has a certain number of leading zeroes. Alternatively, the hash is set below a given target, with a race set up to see who can be first to generate a qualifying hash.

Solving the mathematical problem requires large amounts of computational power, thus the miner with the highest collective computational power has the biggest chance of solving it. Once the equation is solved, whoever solves it is rewarded with bitcoin. The bitcoin they receive is new bitcoin that hasn’t yet been in circulation, implying that they have mined the bitcoin.

You may want to simply acquire some bitcoin with the view of selling it in the future at a higher price, or to use it for short-term investments or to buy things.

We’ve already seen how Bitcoin miners receive bitcoin as a reward when they contribute their computer power to the bitcoin community and help to verify transactions. You can also earn bitcoin by selling goods or services and accepting it as payment. The easiest way to get yourself some bitcoin is to simply buy it.

When you buy bitcoin, you need to keep it in a wallets, as we saw in our introductory post on blockchain. In this case, you would use coin wallets, which offer a way to secure your bitcoin.

Not exactly the same as Blockchain

Blockchain technology is applied in a wide range of areas such as banks for secure, low-cost and faster transactions. Else where, the technology can be used to “put proof of existence of all legal documents, health records, and loyalty payments in the music industry, notary, and private securities”. Whereas none of the alternatives has grown in popularity as Bitcoin has, they offer other benefits, such as increased speed, larger data capacities and different consensus methods than the traditional ones.