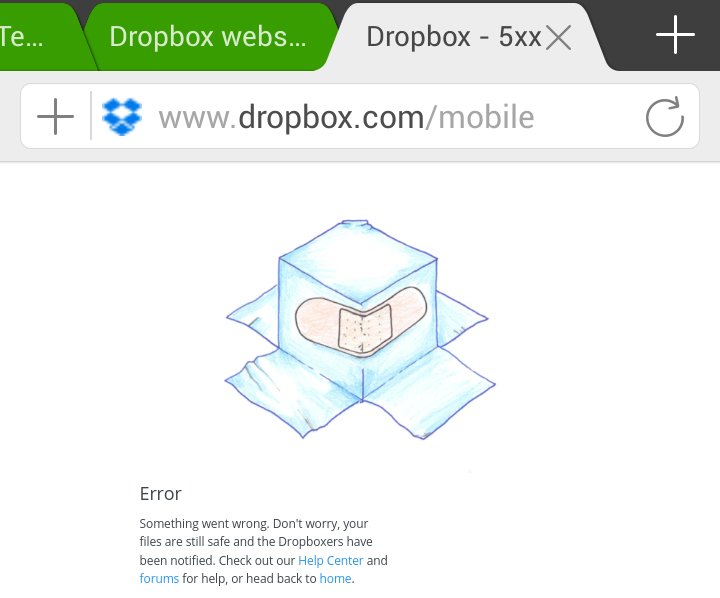 Earlier today news was making it’s rounds on the Web that famous cloud storage website Dropbox has been hacked in honor of Aaron Swartz on the anniversary of his death. A group of hackers called “the 1775 Sec” are claiming responsibility for the issue in a tweet

According to the Verge, the hacker group followed up the tweet stating that they are giving Dropbox time to resolve vulnerabilities with their website, threatening a database leak if the issue isn’t resolved.

The Dropbox website was indeed off when we visited but they claimed that an issue arose during routine maintenance which they had identified and are working to resolve as soon as possible. Indeed a few hours later, they rectified it. The 1775 Sec Twitter account later claimed the information was a deliberate hoax, saying it only launched a distributed denial-of-service attack (DDoS) on Dropbox, and had not breached Dropbox security, nor compromised any Dropbox user data: