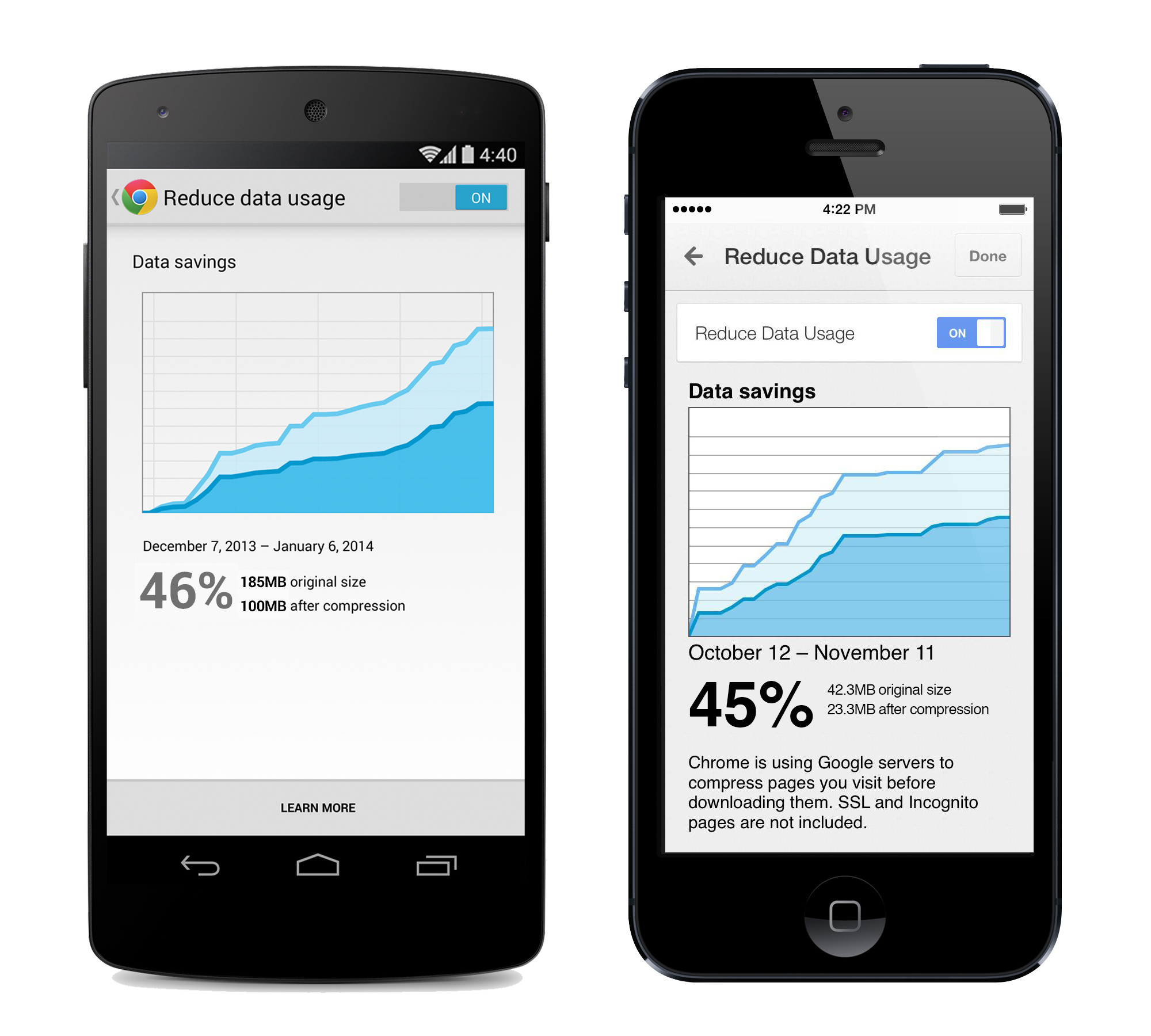 Google has released an update for its Chrome browser for Android and iOS that is intended to reduce data usage and manage bandwidth better. According to the Chrome Official Blog, when the data saving feature is activated, it could save you up to about 50% of data when browsing on Chrome for Android or iOS. Chrome has further added a safe browsing feature that helps protect you from malicious pages. You can turn on the data saving feature by going to Settings > Bandwidth Management > Reduce data usage. After you turn the feature on, you can even track your how much data you use with chrome

Chrome’s “reduce data usage” feature works by compressing web pages on Google’s servers before sending them down to your phone. That could translate to longer loading times, but it’s a tradeoff that might be worth it for anyone who normally speeds through their mobile data allotment.

In Africa where access and costs of data are an issue this comes as a big relief. Many smartphone users prefer the legendary Opera mini for the same reason: Data Compression not to mention its light to install. While Chrome is still bulky with a whopping 28.77MB size when installing Opera mini is only about 1MB making Chrome for Android an App for Mid to High End gadgets rather entry level smartphones