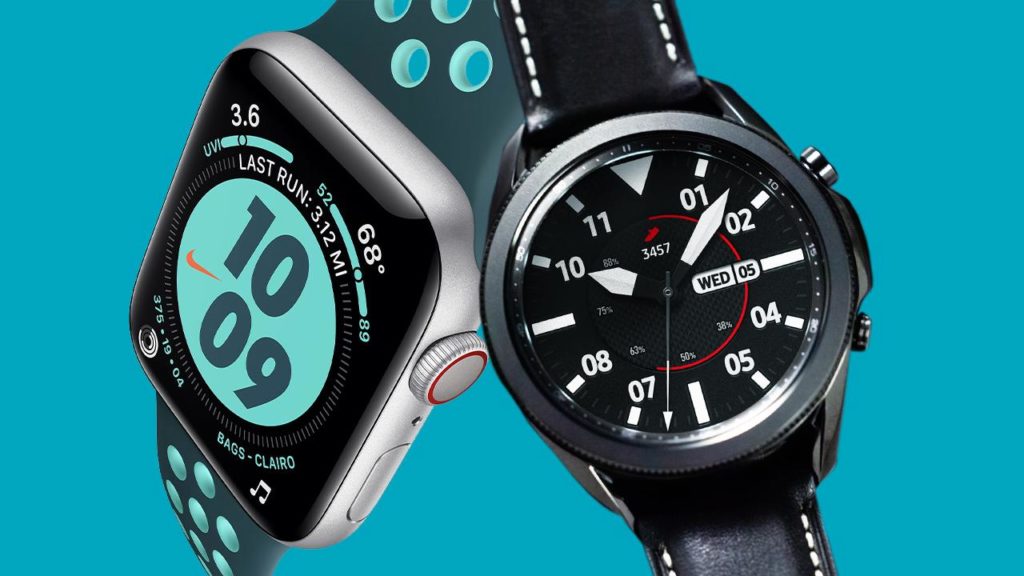 The Galaxy Watch series has a new member, the Samsung Galaxy Watch 3. We compared its specifications and features vs the one of its competitors in the market — the Apple watch 5. Whereas they have similar features, the execution of these features is different in both watches.

The Apple Watch 5 has been around since September 20, 2019, while the Samsung Galaxy Watch 3 was released on August 6, 2020. Let us now get into the detailed comparison looking at the compatibility, design, battery and so much more.

The Galaxy Watch 3 looks more like an Analog watch. It is round and has watch arms similar to analog watches. It is made of stainless steel and has a rotating bezel which is aimed at making navigation of the user interface easier. It comes in two sizes, either 41mm or 45mm. It has a super AMOLED display and its watch face is customizable to your outfit.

The Apple Watch 5, on the other hand, is rectangular and comes with an aluminium frame and a digital crown on the side to control the user interface. It’s no different from the typical Apple Watch design. It comes in two sizes, 40mm or 44mm and compared to the Galaxy Watch 3, it has a larger OLED display screen.

Both watches come with Electrocardiogram (ECG) support meaning that you can check your heart rate using your watch. However, the Galaxy Watch 3 comes with the ability to measure the blood pressure and track the blood oxygen saturation in your body which is not available on the Apple Watch 5.

The Apple Watch 5 has a 296 mAh battery which, according to Apple, can last a full day or two if you disable the always-on feature. On the other hand, the Galaxy Watch 3 comes with a larger 340 mAh battery is rated to last for about two days of normal use.

From the difference enlisted on this article, which of the duo would you spend your money on?