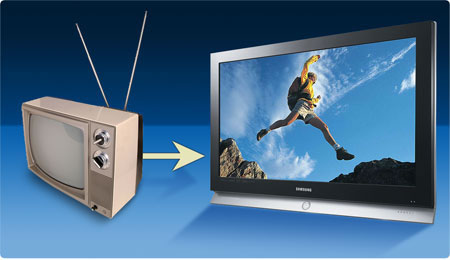 Startimes recently launched an HD Satellite Decoder just like DSTV for only UGX 155,000 ($63) with free installation regardless of where you stay in Kampala. At a time when the Uganda Communications Commission Is pushing for Digital migration, we journey back to see how far we’ve come along the journey of Pay TV in Uganda.

Back in the day, DSTV was the only digital Satellite TV provider and being a monopoly, they charged exorbitantly that only the affluent few could afford it. You had to buy a decoder, then a dish which you had to install and then pay monthly subscription in dollars. Then GTV came with a bang threatening to chew into DSTV’s monopoly. Unfortunately, the Global recession of 2009 saw them closing shop after they had gained quite a considerable share.

Shortly after, Startimes arrived with so much determination that they gave DSTV a run for their money. They immediately launched a decoder that was affordable, needed no dish and was plug and play. The decoder received a warm welcome with mass adoption among various low end consumers that wanted affordable digital entertainment but couldn’t afford DSTV.

Startimes’ marketing was so aggressive with the intent of capturing a market share for themselves which I believe they actually did. They launched a couple of failed products too like their Startimes Mobile that allows you access TV on mobile. The product should have succeeded since chinese phones with TV features had flooded the market. There were probably a couple of variables they didn’t account for.

Seeing that Startimes was threatening their market domination, DSTV decided to launch a product called GOTV, a terrestrial as opposed to satellite television services very much similar to Startimes. They also injected a considerable amount of effort in marketing it in trying to reclaim the lost market share or rather the growing market that their competitor was eating into

Startimes has now launched a new product; an HD satellite Dish just like DSTV. After amassing a critical mass of clientele, they have now launched an HD decoder with a satellite dish at only 155,000 Ugx without subscription. They are also offering free installation to whoever purchases the decoder regardless of where you live. From our chat with the head of customer service, they currently offer free installation for all their customers including those who live as far as Jinja and soon the entire country. We were also informed that local channels  arent yet available and will be added by the end of the month.

By 2008, its said that there were  about 1,785,000 TV sets in the country. Currently, even though there are scanty official statistics, its safe to assume that there are about 3-4 million homes that own or have access to a TV set and that is in a country with a population of 35 million. As competition increases,  Pay TV providers have to offer better quality and affordability to stay on top of their game as TV analyst, Russell Southwood stated in an interview with the TechPost, they’ve to differentiate themselves by offering unique content and programming to their audiences to stay relevant in the market.