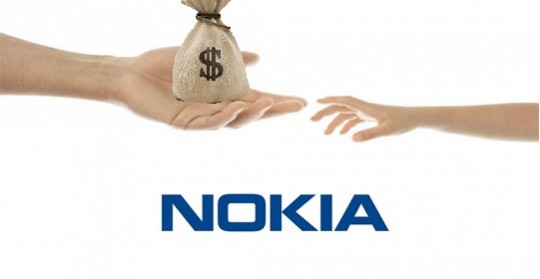 It’s just one week since i posted an analytical post trying to explain why there would never be an Android device by Nokia after having been tickled by frustrated Nokia loyalists(which includes myself) on social media and our comment threads.  For me, this week’s news of Microsoft’s acquisition of the popular Finnish Mobile device maker wasn’t at all a surprise — it was an inevitable move waiting to happen. My first mobile phone was the Iconic Nokia 1600 which i acquired when joining University in 2006.

Following Apple’s revolutionary disruption of the smartphone industry, i’ve since followed Nokia on its free-fall trajectory both on a local market where its faced stiff competition from legitimate feature phone vendors and counterfeit ones and a global scene.

With the buy-out, Microsoft thinks it can save money and grow its platform faster by bringing its top hardware partner in-house, and it can finance the deal with overseas cash, limiting the deal’s impact on dividend-hungry shareholders. But here’s what’s in for the two Tech giants.

Microsoft will purchase substantially all of Nokia’s Devices & Services business, license Nokia’s patents, and license and use Nokia’s mapping services. Under the terms of the agreement, Microsoft will pay EUR 3.79 billion to purchase substantially all of Nokia’s Devices & Services business, and EUR 1.65 billion to license Nokia’s patents, for a total transaction price of EUR 5.44 billion in cash. Microsoft will draw upon its overseas cash resources to fund the transaction. The transaction is expected to close in the first quarter of 2014, subject to approval by Nokia’s shareholders, regulatory approvals and other closing conditions. Under the deal, Microsoft will also see the return of its prodigal son: former Microsoft executive turned Nokia CEO Stephen Elop will be rejoining the Microsoft team, along with 32,000 Nokia employees.

What Nokia will keep

Nokia will be keeping its networking, mapping and location businesses and technologies. However, Microsoft  will use Nokia’s HERE mapping technology, for which it will still pay annual fees. Redmond sees mapping and geospatial services as core to its strategy going forward, saying that that there needs to be “an effective alternative to Google” and “more than one ‘digital map of the world.’” Nokia will also keep its 56,000 employees while 32,000 will be transferred to Microsoft.  Nokia will receive $1.98 Billion in financing from Microsoft. This will be available in 3 EUR 500 million tranches(sections). If Nokia does decide to use it, Nokia would pay back this to Microsoft from the proceeds of the deal upon closing.

What’s in for Microsoft

Building on the partnership with Nokia announced in February 2011 and the increasing success of Nokia’s Lumia smartphones, Microsoft aims to accelerate the growth of its share and profit in mobile devices through faster innovation, increased synergies, and unified branding and marketing.

“It’s a bold step into the future – a win-win for employees, shareholders and consumers of both companies. Bringing these great teams together will accelerate Microsoft’s share and profits in phones, and strengthen the overall opportunities for both Microsoft and our partners across our entire family of devices and services. In addition to their innovation and strength in phones at all price points, Nokia brings proven capability and talent in critical areas such as hardware design and engineering, supply chain and manufacturing management, and hardware sales, marketing and distribution ”  — Steve Ballmer, Microsoft chief executive officer.

What’s in for Nokia

For Nokia, this transaction is expected to be significantly accretive to earnings, strengthen its financial position, and provide a solid basis for future investment in its continuing businesses.

“For Nokia, this is an important moment of reinvention and from a position of financial strength, we can build our next chapter,”  —  Risto Siilasmaa, Chairman of the Nokia Board of Directors.

Say Goodbye to Nokia as you used to know it

Under the terms of Microsoft’s $7.2 billion acquisition of Nokia’s devices and services division, the “Asha” and “Lumia” trademarks will transfer to Redmond, but the “Nokia” mark will remain property of the Finnish company, and may only be used on feature phones running the basic Series 30 and Series 40 operating systems under a 10-year license agreement.  (Nokia itself is barred from using the Nokia brand on any mobile devices at all until December 31st, 2015.) . That means any future Windows Phones built by the newest division of Microsoft will be Microsoft-branded and Not Nokia branded.

Goodbye Nokia. We loved you!

Editor’s Note: Most of this content is been sourced from Microsoft and TheVerge.

One thought on “The inevitable finally happens to Nokia: Here’s all you need to know”