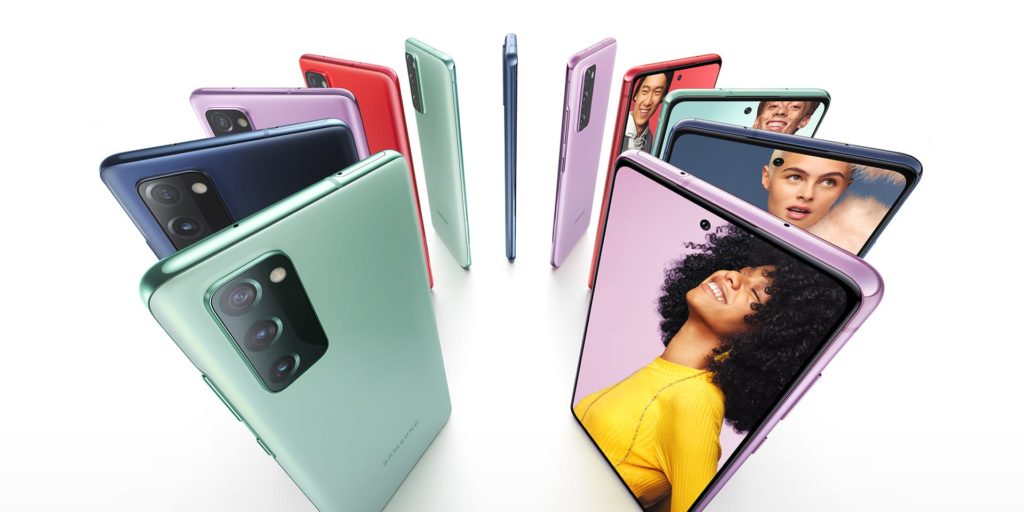 Samsung Galaxy S20 FE smartphone was recently launched. Targeted and marketed to fans (FE = Fans Edition), the device is meant to boost the sales of the S20 lineup which fell about 59% compared to last year’s S10 series lineup.

The obvious win for the Samsung Galaxy S20 FE compared to the other S20 smartphones is that it’s a lot cheaper. But to an average smartphone user, you might be curious, wondering what differentiates the S20 FE from other S20 devices. Likewise, you’d want to know if the value really matches the price, right? Well, walk with me on this journey as we digest how different the Samsung Galaxy S20 FE from its big brothers in the other S20 lineup.

The Samsung Galaxy FE comes with a 6.50-inch touchscreen display with a resolution of 1080 x 2400 pixels and an aspect ratio of 20:9. The 5G model of the device is powered by one of the most recent smartphone chips i.e. Qualcomm Snapdragon 865 processor while the 4G version runs on Samsung’s Exynos chipset.

In the software department, the Samsung Galaxy S20 FE runs One UI 2.0 based on Android 10 and packs 128GB of inbuilt storage that can be expanded via microSD card (up to 1000GB) with a dedicated slot. It comes with 6GB of RAM.

When it comes to choosing the color variant for your phone, the Galaxy S20 FE is available in Cloud Navy, Cloud Pink, Cloud Red, Cloud Blue, Cloud White, and Cloud Gold colors. It features an IP68 rating for dust and water protection (up to 1.5m for 30 mins).

The phone is a dual-SIM (GSM and GSM) smartphone that accepts Nano-SIM and Nano-SIM cards. This is a big plus for Samsung as they have slowly started to implement Dual-SIM support on their flagship devices.

The Fan edition inherits most of the core specs, design and feels from its big brother. The same chip, the same RAM, the same UFS storage, the same 4500mAH battery with proprietary fast charging, wireless and reverse wireless charging, same waterproof rating, and the same 120Hz refresh rate.

If you want to get your hands on the S20 FE, you can pre-order it now. It will be available on October 2nd, 2020 (the Global launch date). Amazon is selling the 5G version currently at $599.99 which you can preorder and have it delivered anywhere in the world.

Samsung Mobile Kenya has already confirmed that the device will launch in the East African market at a KES 79,999 starting price.

In India, the pre-registration for buying the device is already open on Samsung’s official website. Recent tweets from Samsung Fans across India shows Samsung currently advertising pre-orders for only the 4G Exynos chip variant of the phone which is a huge bummer for some.