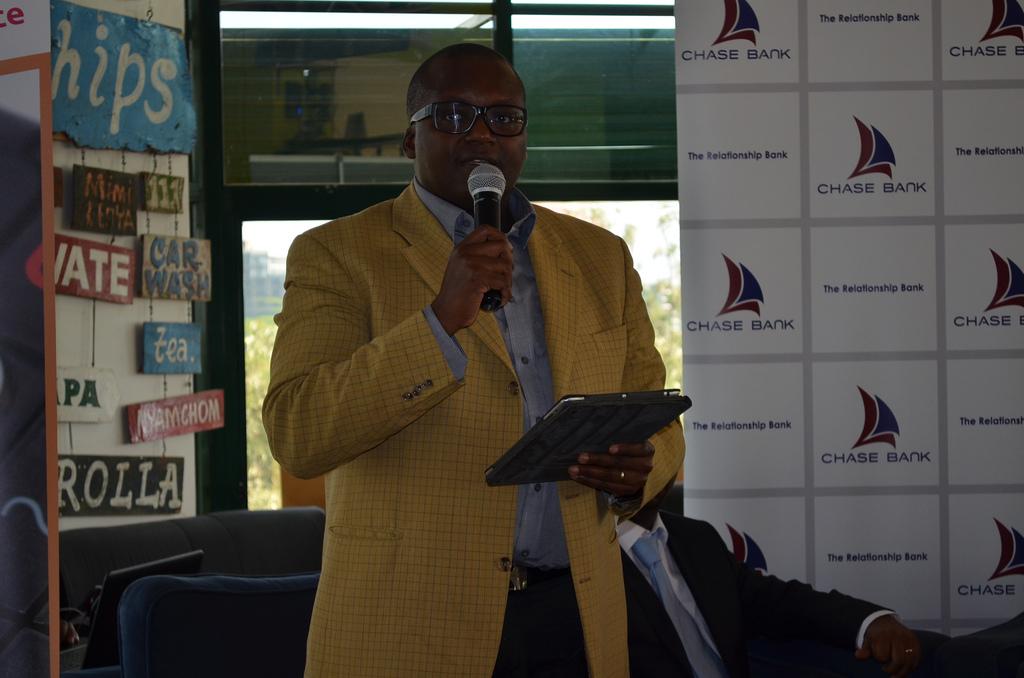 March 2014 – PIVOT East is East Africa’s premier mobile startups pitching competition and conference held annually since 2011. PIVOT East is comprised of a series of activities that culminate in the finalists conference. It is organised by m:lab East Africa – a consortium comprising iHub, eMobilis, University of Nairobi and the World Wide Web Foundation. This year’s finalists conference will be held on the 24th and 25th June 2014 in Nairobi, Kenya after a successful event in Kampala Uganda in 2013.

In the past three editions, PIVOT East has drawn applicants from Kenya, Uganda, Tanzania, Rwanda, Burundi and The DRC. This year the competition has expanded the scope of applicants to include Ethiopia. The call for applications is currently open atwww.pivoteast.com till the 11th of April 2014. Applicants can apply in five distinct categories which are Mobile Enterprise, Mobile Finance, Mobile Entertainment, Mobile Society and Mobile Utilities.

PIVOT East is much more than just a mobile apps competition – it is a holistic platform for mobile startup organizational development and business model refinement . The competition has seen mobile startups from across the region that made it to the finals grow their businesses in terms of revenue growth and access to funding among other enterprise growth indicators.

A study by University of Nairobi study on the outcomes of PIVOT East among finalists of the 2011 and 2012 editions was published in June 2012. The study indicated that visibility to the industry was the most valuable benefit among finalists (at 74%). The training and coaching sessions were rated second most valuable (at 68%) while mentorship provided was third at 62% of the study respondents

The past finalists have so far had varied experiences and benefits of being at PIVOT East. Asked to summarize the advantages being at PIVOT gave them, some of them had the following to say :- “Visibility and networking opportunities that come with PIVOT East is key. We acquired 50,000 new users as a result of the partnership we made during PIVOT East which was 90% of our traction last year” Said Waliaula Makokha the founder of Jooist from Kenya which was in the finals in 2013 in the entertainment category.

Additional sentiments expressed by finalists of the 2011, 2012 and the 2013 competition may be found in the appendix.

The objectives of PIVOT East in 2014 are:

This year the competition will emphasize for competitors to persuade active investors to provide funding. Organizers of PIVOT East have also partnered with a local bank, Chase Bank Kenya whose experts will help vet investability of the competing startups. Others who will be in the judging panels across the competition stages are Angel Investors, and representatives from Venture Capital Firms and Impact Funds. Included in the panels will also be Investment Officers from selected local investment clubs (also known as Chamas).

To help leverage a growing trend in the region where enterprise applications are often more viable than consumer applications, PIVOT East this year has the support of Motorola Solutions. The communications and telecommunications equipment provider will be providing mentorship and corporate connections for startups with serious enterprise grade applications.

Chase Bank is this year’s Gold Sponsor for PIVOT East. For Chase Bank, innovation is a crucial strand in their DNA. The bank was recognized as an innovative partner that meets the needs of SMEs in the Annual Banking Awards in 2011.

According to Chase Bank Head of Marketing & Communications Magdalene Mulandi, “Sponsoring PIVOT East 2014 and having the chance to see our youth, particularly those with entrepreneurial skills, showcase their mobile solutions and innovations and their potential in the emerging business is exciting. We at Chase Bank are dedicated to serving the SME sector in all avenues and we strive to meet this goal by engaging in initiatives such as this. We continue to gain stature and focus our business on the SME sector”.

Motorola Solutions foundation is a silver sponsor for PIVOT East this year. Being the charitable and philanthropic arm of Motorola Solutions, they seek to benefit the communities where it operates.

Commenting on this partnership, James Kamweti, the Motorola Solutions East Africa Account Manager noted, “Motorola Solutions is a company committed to advancing innovation and has a history of technological innovation and partnering with the cities and states where we live and work, we are thrilled to take part and support project such as Pivot East 2014.”