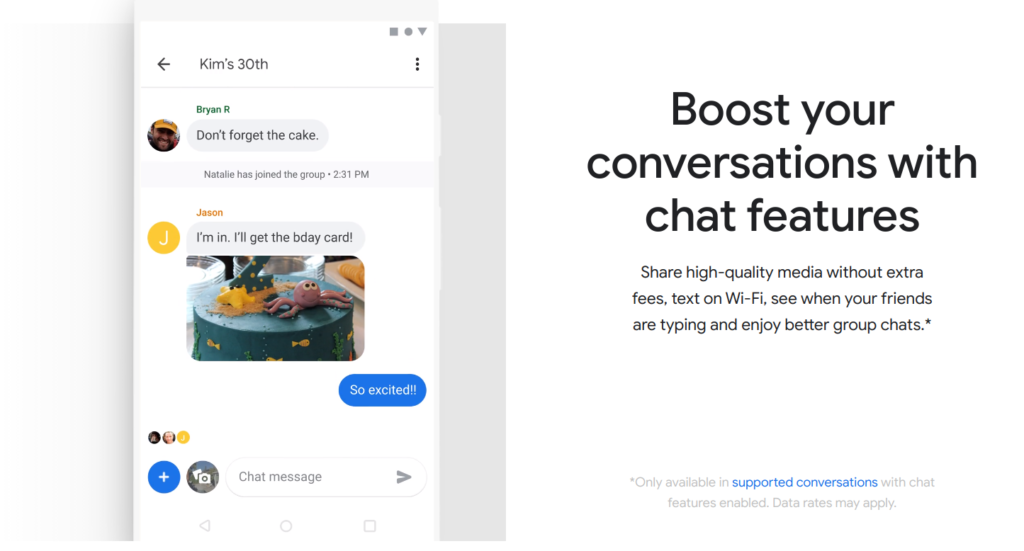 If iMessages is the reason you are not leaving iPhones any time soon for Android ville, then you no-longer have an excuse if you live in Uganda. Google Chat, the iMessages equivalent for Android smartphones has been rolling out slowly globally. Now, the service is available to Android Smartphone users in Uganda after it landed on users in Kenya a few months ago.

Google Chat also known as Rich Communication Service(RCS) is a messaging service akin to Apple’s iMessages or even Whatsapp or Telegram that enables users to text over WiFi or mobile internet without using any of their Airtime credit. Google has been wanting to introduce the service to its ecosystem, however, smartphone fragmentation and mobile Telecom partnerships have been a challenge. Google has been wanting to get Telecoms onboard so that Chat works just like the good-old SMS service but over data instead of the traditional telecom network. However, Telecoms have been very reluctant to come onboard fearing that such as a service would cut on their revenues.

Anyways Google is going it alone now with a few Telecoms integrating the service in their mobile plans. In Uganda and Kenya, we have managed to test Google Chat on Airtel network. It doesn’t seem to work over other networks yet. That is, you should use an Airtel number to in the verification process.

Google Chat is working over the existing Messages App by Google. This is the default SMS texting App on smartphones with Stock Android, so chances are that you don’t have it. You’ll have to install Messages from the Play store and make it your default SMS App. Then you’ll go to settings >> General >> Chat features to enable it.

So far, you can send pictures/images, emojis and text messages. It supports typing indicators just like other messaging Apps, group conversations, read receipts and more. Of course both you and the recipient need to have the Messages app and Chat features turned on for this to work.

At the time of writing this, the service is on and off. Don’t be surprised to find that after you have activated it, it doesn’t work anymore. I bet Google is still working on a few quirks to make the service work well. With a myriad of Instant Messaging Apps like Whatsapp, Telegram, Messenger, would you care much about Google’s own Whatsapp-clone? Lets know in the comments below.