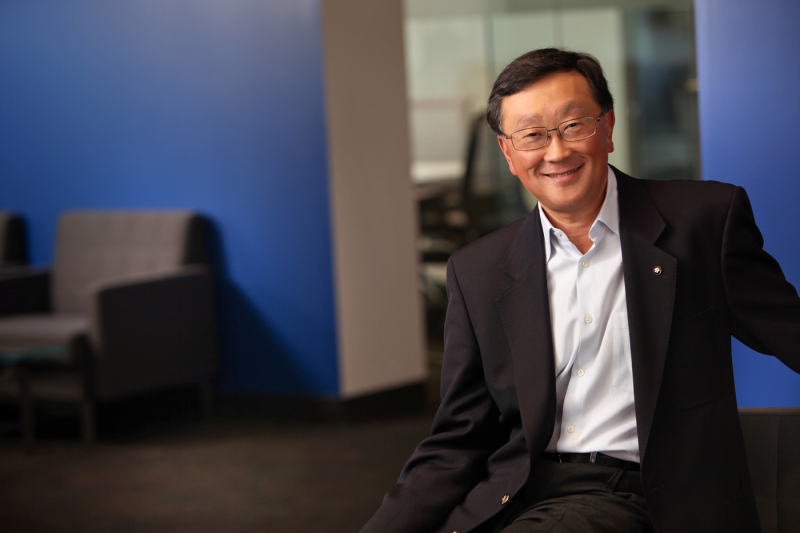 Its now official that Blackberry may consider exiting the handset business if it remains unprofitable. The struggling Blackberry has had successive CEO’s all of whom have tried to save the business from closing shop. Current CEO John Chen who Joined in November after Blackberry failed to find a buyer made it clear that he wants to make a profit by 2016 and he’s not ready to let anything stand in the way of his goal.

“If I cannot make money on handsets, I will not be in the handset business,” John Chen said in an interview. He later clarified the statement on the official Blackberry blog saying He was quoted out of context and didn’t say they were exiting the handset business but rather focusing on ways to make it profitable.

“I want to assure you that I have no intention of selling off or abandoning this business any time soon.‎ I know you still love your BlackBerry devices. I love them too and I know they created the foundation of this company. Our focus today is on finding a way to make this business profitable. We will do everything in our power to continue to rebuild this business and deliver devices with the iconic keyboard and other features that you have come to expect from this brand.‎Rest assured, we continue to fight. We have not given up and we are not leaving the Devices business” John Chen Said on the Blackberry Blog.

Recurrent Losses
Once King of Mobile, Blackberry has continuously posted loss after loss. Its hard to believe that Blackberry once had over 20% share of all global handsets but currently controls only about 2% due to competition from Apple’s iPhone and other Android phones.  “At its peak, BlackBerry shipped 52.3 million devices in fiscal 2011, while it recorded revenue on less than 2 million last quarter.” In March, the embattled smartphone maker reported a quarterly net loss of $423 million and a 64 percent drop in its revenues, underscoring the magnitude of the challenge Chen faces in turning around the company.

What are the Options?
Focus On Enterprise – Blackberry CEO has a plan to diversify business and stop dependance on handsets for revenue. In a New York, Chen acknowledged past management mistakes and said he had a long-term strategy to complement the short-term goals of staying afloat and stemming customer defections.

“BlackBerry is not a handset-only company. We offer an end-to-end solution and devices are an important part of that equation. That’s why we’re complementing our Devices business with other revenue streams from enterprise services and software, to messaging. We’re also investing in emerging solutions such as Machine to Machine technologies that will help to power the backbone of the Internet of Things”

Internet of Things Business – In a CBC article John talks about the Future of Blackberry in the Internet of things saying that his long-term plans for BlackBerry included competing in the burgeoning business of connecting all manner of devices, from kitchen appliances to automotive consoles to smartphones and that he was not sure how long it would take for the “machine-to-machine” or “M2M” world to become a mainstream business, but he said he was sure that was coming.
“We are not only interested in managing BlackBerry devices. We are interested in managing all devices that you would like to speak to each other,” he said. “To achieve our dream of being a major player in M2M requires more partnerships with others,” including telecom companies eager to participate.

At a time when Whats App is valued for more than what Nokia and Motorola combined went for, its  hard to predict the future of Blackberry so John Chen’s plan to tap diversify better work to save the once mighty Blackberry.