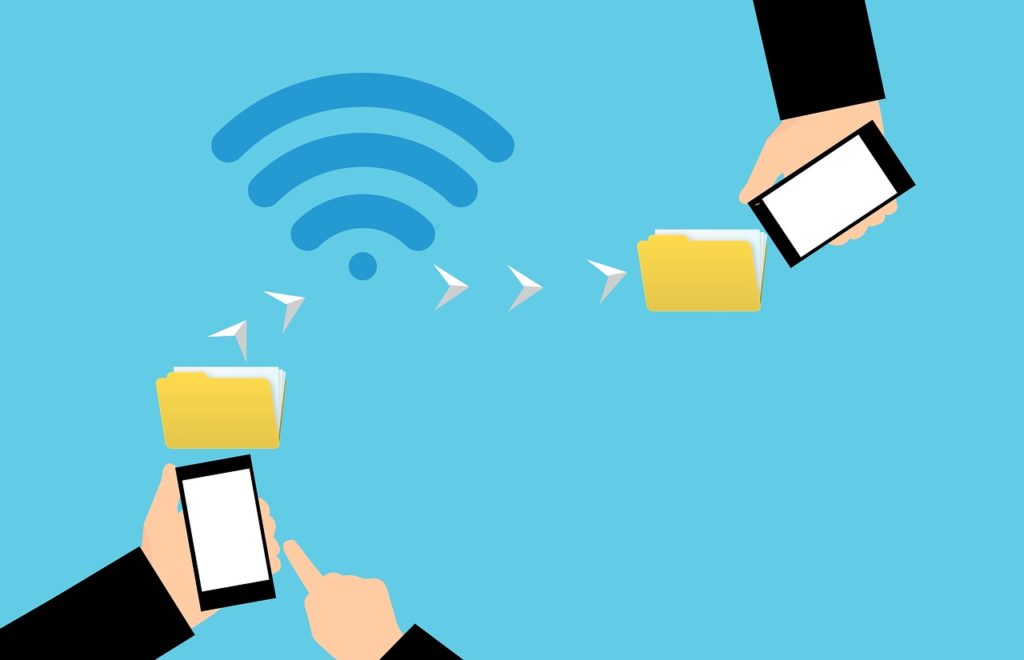 Airdrop is a very convenient way of sharing fiiles between iOS Apple devices. You can easily share files between your iPhone and iPad or Macbook wirelessly even without the internet as long as the devices are within the same vicinity. Android recently got a similar feature called Nearby, but only works for Android smartphones and tablets. Sharing files between your Android phone and Windows PC or iPhone for instance hasn’t been very straight forward.

Snapdrop is web-based local file sharing service that could fix this. It works through your browser, which means it can work with any platform that supports the most popular web browsers. Its built using web technologies and specifically uses WebRTC for the communication and file sharing. The developers of this web-based App say it’s inspired by Apple’s Airdrop service and it quite works similarly. The best part is that you don’t need to install any thing on either devices.

To share files between two devices, make sure they are on the same network. Open snapdrop.net on both devices. The app will assign each device some arbitrary name. Tap on the device icon. A file selector will pop-up which prompts you to choose the file you wish to share. You should see a download dialog on the receiving device, tap save and the file is automatically downloaded to your device. That’s it.

Here’s our video tutorial on how to use Snapdrop to share files between Mac, Chromebook and Android.

You can also use sharedrop.io. It works on the same principles as snapdrop if not it might be a fork of the snapdrop project. So sometimes when snapdrop.net is offline, I always switch over to sharedrop.io to transfer and share files between various devices of different operating systems.