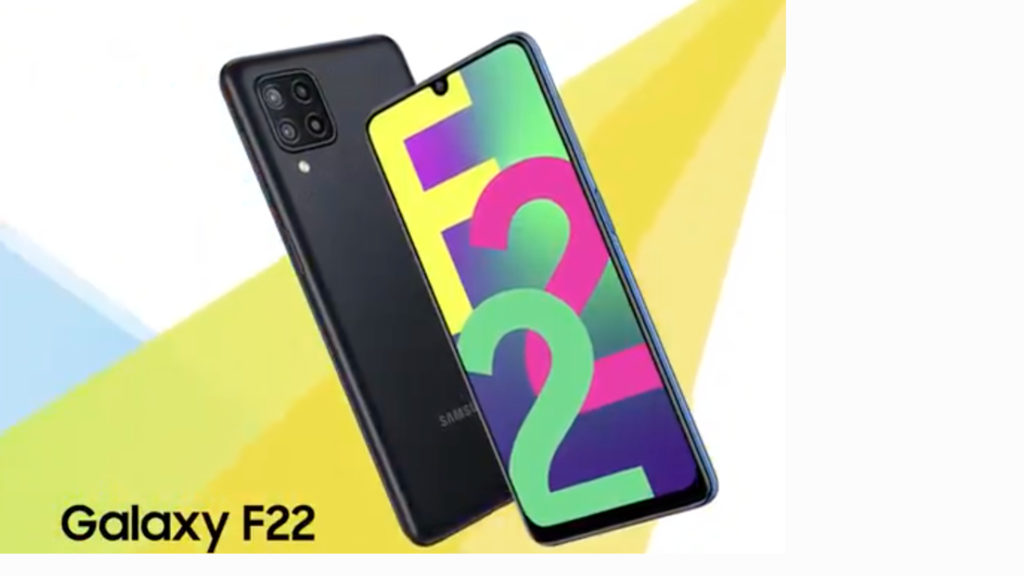 Samsung has been active in the mid-range and low budget smartphone market in India and Africa most especially. Following the recent release of the Galaxy A22, Samsung has decided to follow it up with a similar release which is just about the same as the former even up to the name – Galaxy F22. The only way to tell these two apart is by the patterned rear back of the Samsung Galaxy F22 and the bigger battery.

The Samsung Galaxy F22 is literally the Galaxy A22 with a bigger battery and it is not uncommon at this point. There is a drop notch at the centre of the front screen with just about a litlle bezel at the bottom for more screen space. Another notable feature is that the screen has a 90Hz refresh rate which xomes in handy if you’re into a little bit of gaming here and there.

In addition, there is the humongous 6, 000mAh battery which is a nice addition if you’re a heavy user, and even if you’re not, this will get you more than a day of use easily. Also, there is the MediaTek Helio G80 chipset with the option to choose between 4GB and 6GB RAM to go with 64GB and 128GB respectively.

SEE: What Happens When Your Phone RAM Is Full

For pictures, there is a primary 48MP f/1.8 sensor alongside a 123o ultrawide 8MP camera, 2MP macro lens and a 2MP depth sensor. At the front-side, there is single 13MP camera is in charge for taking selfies.Also, the fingerprint is built into the power button so you can unlock and turn on your screen at the same tiime.