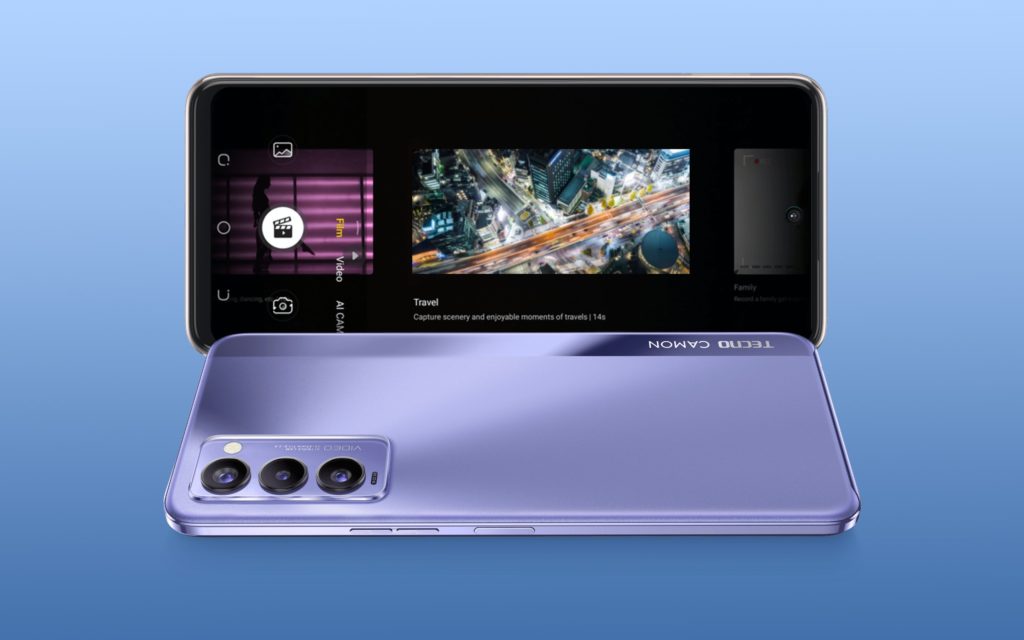 The entire Camon 18 series comes with the same design and build even though specs differ. About specs, the largest disparity in the series is seen in the watered-down Camon 18 which has a different processor from the others. Here’s a look at the key specs you would want to know about the two smartphones.

Tecno Camon 18 Specs at a Glance

Both smartphones come with a 12nm process Helio chipset released by MediaTek this year, although the G96 processor on the Camon 18P is more powerful than the G88 on the Camon 18. Since you can hardly tell the two smartphones apart, a key difference here is the screen refresh rate, secondary rear cameras, 18W fast charging on Camon 18 and 33W fast charging on the 18P. Also, a 50mm portrait camera is not present on the Camon 18 but it can still take portrait pictures nonetheless albeit not as good.

The main attraction here is the gimbal stabilization which is touted to provide steady video capture with the addition of background blur added to the mix. The Tecno Camon series is going big on mobile videography something that goes all the way up even on the iPhone 13 series with the Cinematic Video feature.

SEE: Turn your Smartphone camera into Full HD Webcam with the Camo App