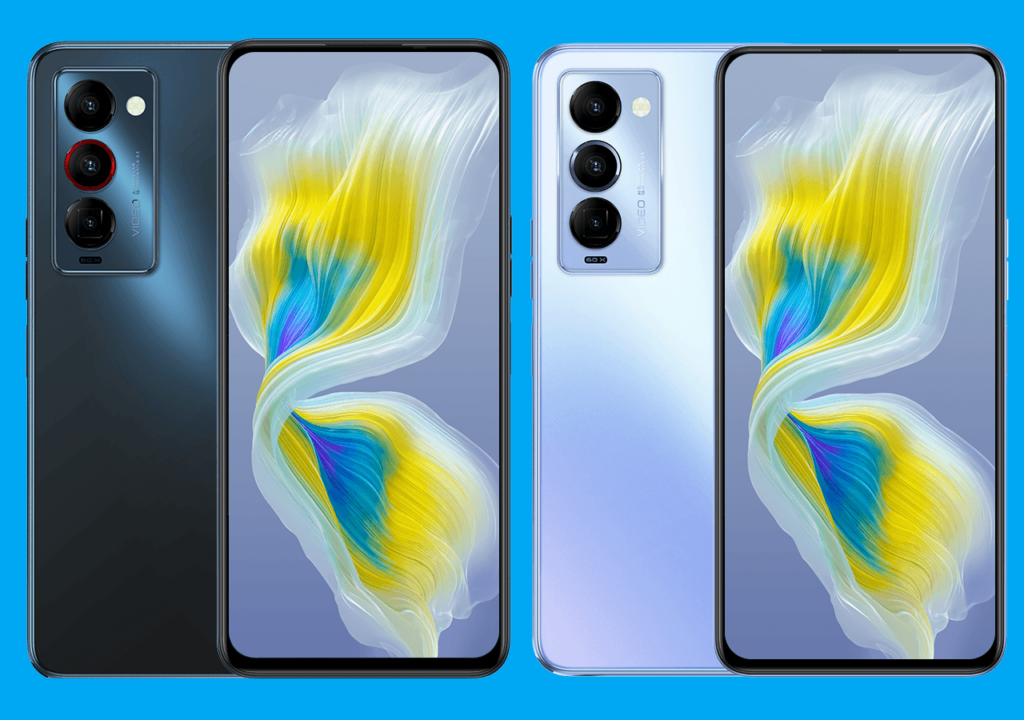 On this smartphone, it appears Tecno invested a lot of time to make sure you can shoot nice videos on it. The camera has a built-in gimbal stabilization system which is to make sure that you have a smooth video as if it was shot with perfectly steady hands. More on that later, now let’s have a look at the specs on the smartphone.

One word to describe the Tecno Camon 18 Premier is fashionable. The smartphone comes with a design that looks nice with what Tecno calls silky glass. Depending on the way the glass back catches the light, the smartphone has a colour shift, kind of like how silky fabrics does, hence the name silky glass. By the way, this is the same type of glass featured on the Phantom X and it is not a corning gorilla glass instead the glass is from AGC and it looks quite good.

Furthermore, the smartphone features rounded edges but still maintains that flat frame along the sides of the display. This smartphone has a thickness of just 8.15mm which is even slimmer than the Phantom X which is 8.7mm thick. Combined with the alluring design, this makes the Camon 18 Premier looks sleek and attractive. There are two colours available to choose from which are ocean moonlight and summer breeze

Also read: Infinix Zero X Pro Vs Tecno Phantom X: Which One Should You Buy

Coming in with large 6.7-inch display, the Tecno Camon 18 Premier does not falter in bringing a multimedia viewing worthy screen. At the top of the screen you have a centrally located Samsung Galaxy S21 like dot camera on here that is less intrusive. The bezels around the screen are also minimal although a bit thicker at the bottom which is usually the case.

Also, the screen here is AMOLED which means nice contrast, deep blacks and good viewing angles. Moreso, the display has a FHD+ resolution and a 550 nits peak brightness which is ideally sufficient for phone users. Another feature that is nice to have here is the 120Hz refresh rate which makes scrolling through your phone much better.

To the main attraction here, the smartphone is sure to deliver a far better camera experience than anything you’ve seen in the Camon series. As reported earlier, this smartphone will come with a 60x hyper zoom something we saw on the Infinix Zero X Pro. This is achieved through its 5x optical zoom and 12x digital zoom capability.

In addition, the Tecno Camon 18 Premier also carries a gimbal camera which has explained earlier help you shoot steady smooth videos. However, there is only gimbal stabilization on the 12MP camera and not on the 64MP main sensor and the 8MP periscope telephoto camera.

Also, you would be able to shoot bokeh video with blurred backgrounds and according to Tecno you’d be able to do this in low light (night portrait video). At the front, you have a 32MP selfie shooter with dual flash for illumination in low light which also works for video calls in low light as well.

The smartphone has NFC for mobile payment and a side fingerprint sensor as biometric security. Additionally, there’s a 4, 750mAh battery with 33W fast charging through the USB-C port. The Tecno Camon 18 will be running the HiOS 8 based on Android 11 right out of the box.

The price of the Tecno Camon 18 Premier has launched in Nigeria and the selling price is 182,000 Naira which is the equivalent of about $350.