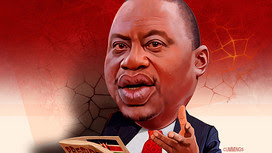 Kenya’s president Uhuru Kennyatta takes a jibe at UK’s prime minister –James Cameron– for having such a ridiculous name. Through a tweet, he claims that premier’s name is actually spinned from the West African state of Cameroon. He goes on to boast of how he is the only ruling president whose name is quintessentially related to his country’s name.

Take note, the tweet above is recovered from a paste bin and isn’t from the real president of Kenya –Uhuru Kenyatta. Take a closer look, again. The aforementioned tweet was composed by Twitter parody account of Uhuru. Notice the difference in the spelling of the second name –Kennyatta–  the parody has an extra baggage of an ‘n’ hence making it a double n. 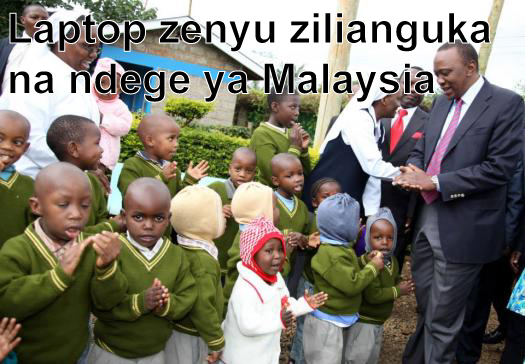 With a deluge of tweets, came in this hilarious one “We always have excuses!” accompanied by a very funny meme in Kiswahili (picture above). “Laptop Zenyu Zilianguka na ndege ya Malaysia” loosely translating as “your laptops disappeared with the Malaysian airplane.” The deceit in the meme comes in equal amounts with the irony. This was tweeted around the time the investigations of the estranged missing MH370 flight were intense. Coincidentally, the heat was rising up concerning the estranged presidential laptops promised to the form one students that never were.

@UKennyatta tweets in English, Kiswahili and sarcasm, however, it is quite a rarity to find a Twitter parody account with such a huge following. Previously before the account was closed (for whichever reasons we can’t certify), it had close to 4000 followers. Currently, it has a paltry 506 though steadily growing.

The tweets fired through this channel are greatly inspired by the events as they unfold in Kenya. From the much controversial secondary school laptops that were never delivered as promised, to the scandals repugnant in the corridors of power and the recent wave of terror attacks rocking Kenya.

There is a distinct sense of concern that effervesces through the entire #KOT (Kenyans On Twitter) especially in regard to issues of national concern. Where pleas and cries fall on defiant ears via traditional platforms, new media provides the avenue for driving the point straight home as well as creating awareness about a social ill. Forget about Vegas, what happens on the Kenyan Twittersphere doesn’t remain enclosed there, it is used to spread the word forth. That is why Twitter accounts like parodies are so influential among others. They communicate to all borrowing a fine grain of humour and sattire. That bolsters how viral a message gets and how fast it disseminates  to majority of the affected people.

So far, there have been atleast 32 terrorism attacks on Kenya alone since the real Uhuru Kenyatta assumed office. Something that isn’t easily taken in by the #KOT. They blame the president’s laxity in tackling  national security issues. Renown for pronouncing their voices where they deem fit or provoking their neighbours into inter-country Twitter warfare, the most nuanced one being Kenya Vs Nigeria among several others, Kenya’s president wasn’t spared this time around. The rage was turned to him. The Trending Topic #SomeoneTellUhuruKenyatta suddenly sprung out of the blue, as if a disparaged gang of Nairobi robbers pouncing on their next loot.

It was so intense. So graphic! 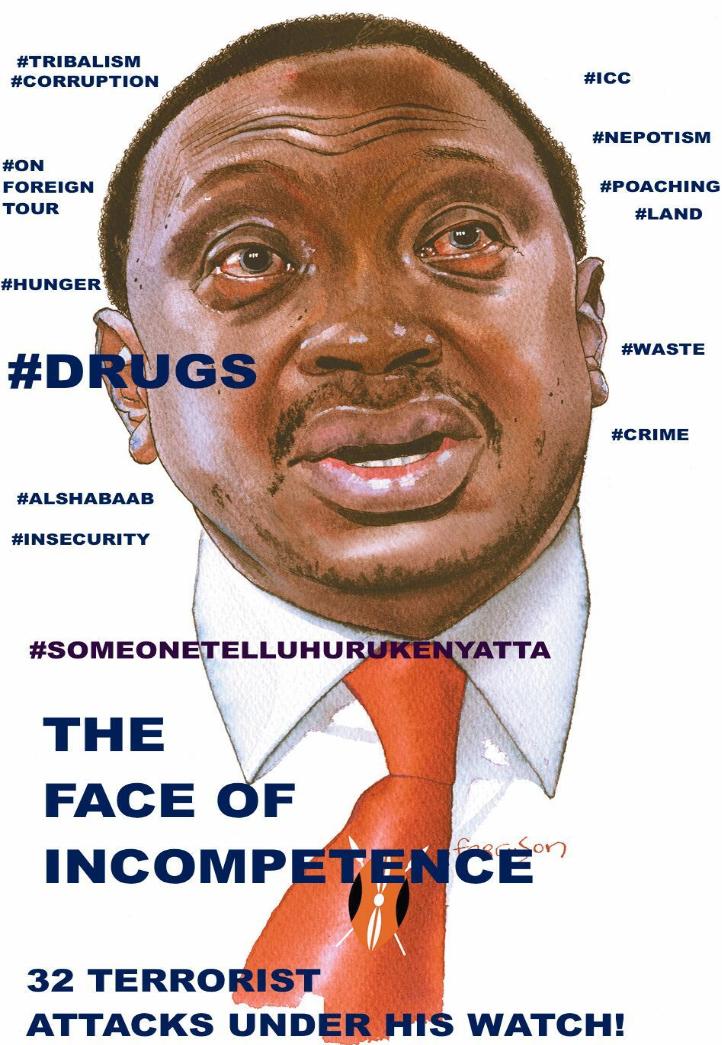 Sure, nobody irks the #KOT and walks free!

Nobody messes with Uhuru. Nobody!