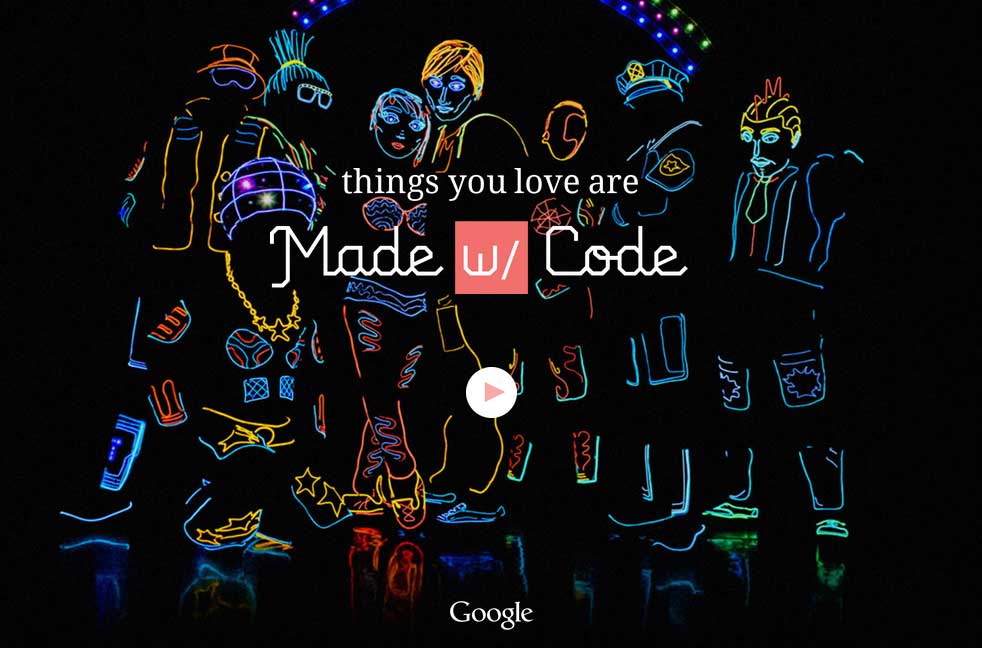 First, it was Women of Passion Program (WOPA), an initiative to teach women coding and business skills free of charge.

Now, it’s Made With Code, an world wide initiative aimed at teaching young girls skills in basic science and computer programming at the early stages in their lives.

The world’s leading tech giant, Google, launched its newest initiative — Made With Code — on Thursday night. It hopes to bridge the gender disparity between men and women in computer science one girl at a time. Thereby leveling the playground for innovation and business expertise.

For starters, the website on which the initiative is hosted looks candy and boasts of a great user interface. There are leading cues that help navigate the site with such ease. It is almost intuitive to click “play” on the various videos embedded on the site, they are short and communicate in the simplest terms. Besides, being are very inspiring.

The programming challenges are instructed in beginner friendly Scratch programming language. It’s basically like putting together lego blocks together and creating gigantic and colourful models out of it. Also, you can learn how to make music beats on the platform itself, it’s even much simpler. This female teenager was booked to work on Hip Hop mogul’s — Jay Z– next album thanks her skills in making beats through coding.

To inspire girls into joining the cohort programme, 6 female mentors were chosen. There stories were documented on short videos and it isn’t surprising of how adorable and inspiring there stories are.

An inspiring story by a Lady, Erica Kochi, an innovation lead at UNICEF, growing up from different parts of the world opened her eyes to what people were going through depending on their locations. There was a time she was in a particular semi-arid part of Senegal, she says that living condition were below par and service delivery was a miss. Through coding, a mobile enabled platform was built for people to share their location and issues arising which would then be forwarded to the responsible stakeholders inviting action.

2. Then comes Miral Kotb, a dancer and software engineer. She codes neon lights to be used with dance constumes

3. Danielle Feinberg, the  director  of photography at  Pixar studios responsible for bringing  the magic in  animations to life

4. Ayah  Bdeir says  that  some of the best coders she knows are also artists, musicians and DJs

5. For Limor Fried being able to write code enables you write your own story

Do you know any girl you could inspire with this information? Well be apart of the global movement.