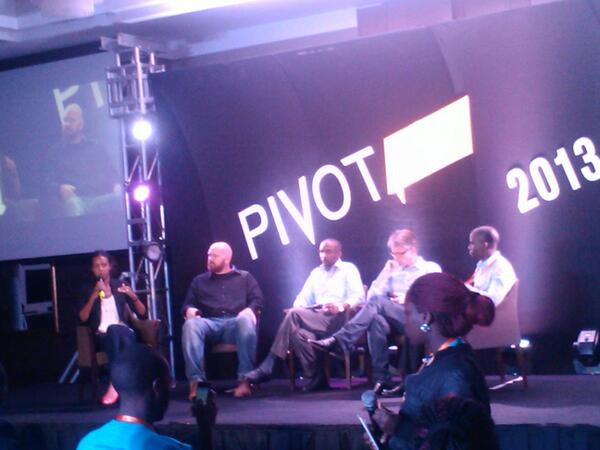 Five startups will win a combined total of over fifty thousand dollars in funding at the PIVOT East finalists conference. The five startups will be selected from 25 finalists who will pitch to a rich audience of investors and industry stakeholders on 24th and 25th June. The venue for the conference will be Panari Hotel in Nairobi, Kenya.

Since 2011, m:lab East Africa has organized annual editions of PIVOT East, an annual pitching conference for startups with mobile technology based businesses. The m:lab has so far funded 15 startups through previous PIVOT East editions to the tune of US$120,000. At this year’s edition the funding will be at $50,000 each to five startups. The funding will be split into two halves, the first of which is a $5,000 grant. The other portion $5,000 will be an investment which may be topped up by other investors depending on the startups funding requirements and their ability to convince other investors.

75 startups have participated in the annual competition so far. These previous finalists have so far raised over $5m in investments directly or indirectly as a benefit of going through the PIVOT East competition. To increase odds of the startups accessing more capital for growth, the m:lab has entered a partnership with Savannah fund to take this year’s five competition winners through a venture capital (VC) course.

Savannah fund will therefore sponsor five winning startups of PIVOT East to attend an executive education programme on VC investment. The course will be hosted by Savannah Fund in conjunction with the University of Cape Town (UCT) Graduate School of Business and Knife Capital at the iHub in Nairobi on 29th – 30th  July. The VC course will help entrepreneurs learn how to identify and create winning opportunities, and how to position themselves competitively for venture investment.  More details of the course are available on the University of Cape Town website here.

The 25 startups who will be pitching at the finalists conference were selected from a pool of 50 semi-finalists. The list of finalists comprises 1 startup from Ethiopia, 1 from Tanzania, 5 from Uganda and 18 from Kenya. Startups from the larger East African region including Rwanda , Burundi and South Sudan were eligible for the competition.

The 5 winners of PIVOT East 2014 will be announced on the afternoon of 25th June in a cocktail award ceremony according to the conference program. One startup per category of five will win the title for that category.  The winner per category will be determined by a panel of investor judges based on a criteria published earlier this year.

An honorary award will be given to the competition’s overall winner selected by the founding partners of the m:lab East Africa consortium. The winners will also have earned themselves access to m:lab East Africa’s year long incubation program.